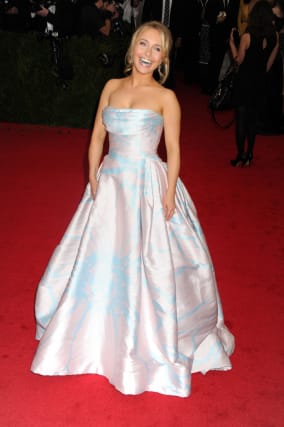 Brian Hickerson, 31, is facing multiple felony charges including four counts of corporal injury on a spouse/cohabitant, according to a criminal complaint filed by prosecutors in Los Angeles.

The complaint outlines eight offences, including seven domestic violence charges alleged to have taken place from May 2019 to January 2020.

Hickerson is accused of two charges of assault with a deadly weapon, one involving a garage door and the other the floor, the criminal complaint states.

And he has been charged with dissuading a witness on June 27, named as Scream 4 actress Panettiere, 30.

Hickerson was arrested in Los Angeles on Thursday and according to the Los Angeles County Sheriff’s Department online records, remains in custody.

Panettiere said she wanted to “make sure this man never hurts anyone again”.

In a statement, she said: “I am coming forward with the truth about what happened to me with the hope that my story will empower others in abusive relationships to get the help they need and deserve.

“I am prepared to do my part to make sure this man never hurts anyone again. I’m grateful for my support system, which helped me find the courage to regain my voice and my life.”

Panettiere  has a daughter from her relationship with former heavyweight boxing champion Wladimir Klitschko.