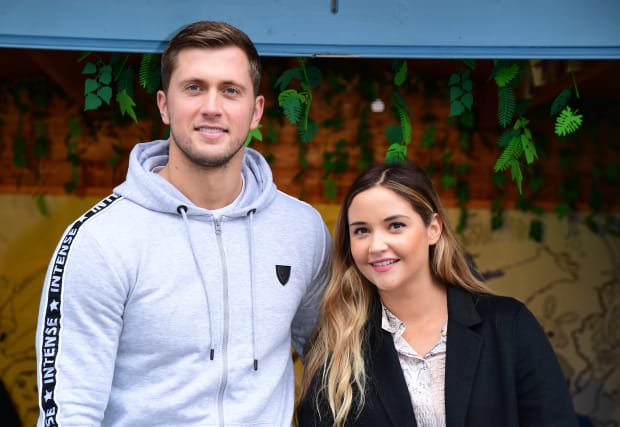 Osborne and I'm A Celebrity... Get Me Out Of Here winner Jossa tied the knot in 2017 but their marriage has been dogged by reports of his infidelity.

Last year Jossa was left devastated when her I'm A Celebrity co-star Myles Stephenson said his ex-girlfriend and Osborne had got together.

Now, 29-year-old Osborne has said he takes "full responsibility" for his behaviour while married.

He told the Sun newspaper: "I've made mistakes, yeah. I've done things I shouldn't have done. Me and Jac have spoken about that and she has forgiven me.

"I know in the past I've denied things when they're not true, then when something has been true, I probably just kept my mouth shut. I was a different person.

"It seems a cliche to say, but I was a young lad and on TV and stuff. I'm not saying you get big headed, but you get dug out for things anyway and then you're feeling shit in yourself.

"And then you get a bit of attention... then things are bad at home, so you go out and get pissed instead of working on fixing things.

"It's a bunch of mistakes all built into one that made it bad. So, I take full responsibility for being crap."

In May, former EastEnders star Jossa, 27, denied she and Osborne, with whom she has two daughters, had split.

Amid reports she had moved out of the family home, Jossa wrote on Instagram: "I need some time. There is no split. No divorce."

This is not the first time Osborne, who rose to fame on The Only Way Is Essex before appearing on Celebrity Big Brother, has admitting to making mistakes during his marriage.

In December, he publicly apologised to Jossa and said his mistakes had "almost cost me my family".