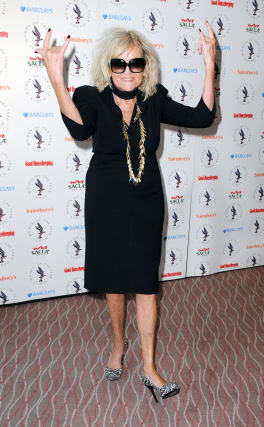 DJ Annie Nightingale has revealed she knew about John Lennon and Yoko Ono’s relationship before it was made public but did not report the story for fear of breaking her bond of trust with the Beatles.

The broadcaster, the first female presenter on BBC Radio 1 and its longest serving host, was a frequent guest at the band’s Apple Studios in London during the 1960s.

She had a front-row seat to one of the most creative periods in British popular music and was among the first to know about Lennon and Ono.

However, Nightingale said that while it would have been a huge story, she did not write about it in her newspaper column in case she upset the Beatles.

During an appearance on Desert Island Discs, she said: “I was accepted but also knew that they had a kind of code, one strike and you’re out. You let them down, you break that trust, and that’s it, it’s over.

“And I thought that was perfectly fair. I knew about John and Yoko before it was announced.”

Nightingale, 80, added: “If that story breaks then they’ll think ‘oh, it’s your fault’. And when they did go public it was a great relief because sometimes it’s not good to be in the right place at the right time.

“I wasn’t hanging out there the whole time but it was an extraordinary atmosphere. Lauren Bacall would come in there and Jimmy Webb, the songwriter. People would just appear.

“And I took my son to the Apple Christmas party and John Lennon was Father Christmas and Yoko Ono was Mother Christmas. They did extraordinary things and I felt very privileged to be allowed in.”

Lennon and Ono’s relationship is often blamed for breaking up the Beatles. They were married from 1969 until Lennon’s murder in 1980.

Nightingale, whose Desert Island Discs included songs from Billie Eilish, Beyonce and Lennon, began her Radio 1 career in 1970, three years after the station was established.

She told host Lauren Laverne she asked for a job when it started but was turned down because she was a woman.

Nightingale said: “They came out with this wonderful line, they said ‘our disc jockeys are husband substitutes’. Which I thought was an extraordinary thing to say.

“That set up a lot of assumptions that all the women pop fans were housewives at home doing the ironing. And they would say, ‘why would a woman want to be a DJ?’ They were bewildered.”

When she did get her chance, Nightingale said her first show was a “complete disaster” after she made a mistake and brought the station to a halt.

And in her early days at the pop music-focused Radio 1, Nightingale said she encountered resistance from the engineers.

“I felt that the technical guys were waiting for me to fail,” she said.

Listen to Nightingale’s episode of Desert Island Discs on BBC Sounds and BBC Radio 4 on Sunday at 11am.