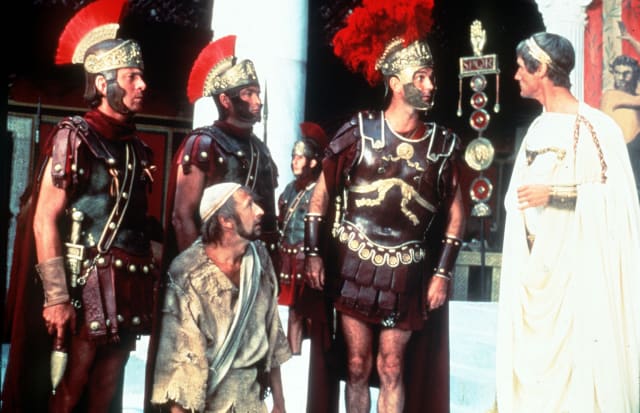 The age classification of Monty Python’s Life Of Brian has been downgraded to 12A by the British Board of Film Classification (BBFC).

The religious satire, which tells the story of a man who is mistaken for the Messiah, sparked controversy when it was released in 1979.

The BBFC said that despite a public backlash at the time it was originally classified as being suitable for 14-year-olds, before being revised to those aged 15 when it was released on video in 1988.

However the film board said that after distributors asked for it to be reclassified last year they decided to revise the judgment.

Life Of Brian is now rated as a 12A, meaning the material is not generally suitable for children aged under the age of 12 and they cannot see it in a cinema without the supervision of an adult.

The board said it had also received some calls for a reclassification of Joker, which sees Joaquin Phoenix play a mentally ill loner in the supervillain origins story.

Twenty people complained about its 15 classification, with several arguing it should have been an 18 “because of violence and the film’s tone”.

“There are scenes of strong violence in the film that include stabbings and shootings, with accompanying bloody injury detail,” the report said.

“They do not, however, dwell on the infliction of pain or injury in a manner that requires an 18.”

The BBFC said it has seen a 462% rise in the number of classifications given to online content over a five-year period.

David Austin, BBFC chief executive, said: “Our innovative partnership with Netflix saw the streaming platform begin to rate its own content to produce BBFC ratings using a tagging system and algorithms that match the standards British families expect and want to see.”