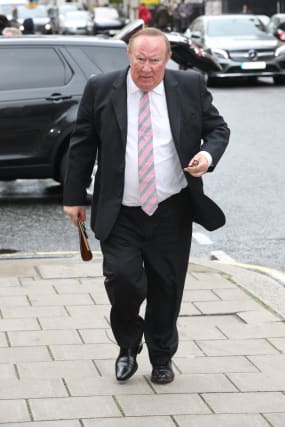 The Andrew Neil Show is one of the casualties of the BBC cuts, it has been confirmed.

The former Sunday Times editor has been one of the BBC's top political broadcasters for many years and has presented This Week and Daily Politics.

The corporation has announced a further 70 job cuts in BBC News on top of the 450 announced earlier this year, taking the total number of job losses up to 520.

Neil's self-titled political programme has been off air during the coronavirus crisis but will not return to screens.

A BBC spokeswoman said: "We remain committed to Andrew Neil's in-depth interviews (as well as the Budget, US Election and other Specials).

"The Andrew Neil Show will not be returning but we're in discussions about a new interview series on BBC One."

Politics Live, which is currently only airing on Wednesdays because of the pandemic, will return four days a week from Monday to Thursday.

However, Neil is not expected to present the show on a regular basis.

The BBC announced in 2016 that it needed to save £800 million, with around £80 million of that figure coming from news.

The corporation has since announced plans to reduce its "pool of presenters", while more correspondents will increasingly be asked to work across a range of content.

Victoria Derbyshire's BBC Two programme has been axed and it was previously announced that Newsnight, 5Live and Today would be affected as part of cost-cutting plans and an effort to reach the young.