Live From The Drive In concerts cancelled over localised lockdown fears 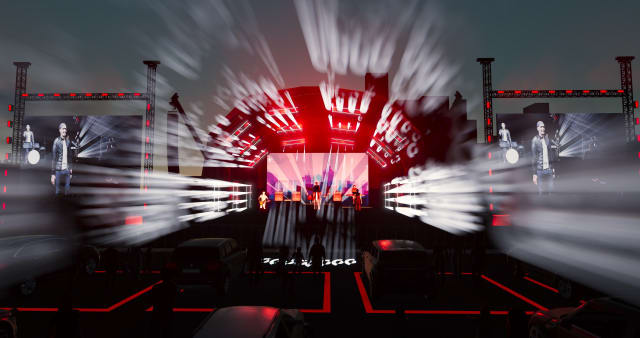 A series of drive-in concerts that were set to feature acts including Dizzee Rascal, Kaiser Chiefs and Gary Numan have been cancelled over fears about localised coronavirus lockdowns.

Organisers of the planned series of Live From The Drive In performances confirmed on Wednesday that the 12 events have been cancelled.

They were scheduled to take place across the UK in cities and towns including London, Liverpool, Bristol and Edinburgh.

Organisers Live Nation said in a statement: “The Live From The Drive In concert series will no longer proceed as planned this summer.

“We received huge support from artists, the live music production contractors, our headline sponsor Utilita along with our other partners, and of course you, the fans.

“However the latest developments regarding localised lockdowns mean it has become impossible for us to continue with the series with any confidence.”

The events had been designed so fans would be able to watch the performers from a private viewing area next to their cars.

Brooklyn Zoo, Hipsway, LaFontaines, M Huncho and The Mersey Beatles were also among the artists who had been scheduled to feature.

Venues including Cheltenham Racecourse, Newmarket Racecourse, Leeds East Airport and the Resorts World Arena in Birmingham had been set to host concerts.