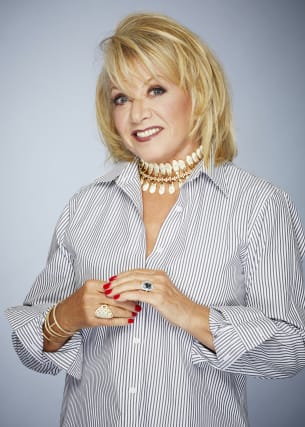 The radio presenter has covered Sing A Rainbow in aid of The Children’s Trust, of which she has been an ambassador for almost 40 years.

The charity helps children with brain injuries. The pandemic has depleted the organisation’s savings, The Children’s Trust said, and the vulnerability of the children in its care means they will need to be shielded long after the rest of the UK emerges from lockdown.

Paige said: “Sing a Rainbow felt like the perfect song as some of the children are unable to speak so they have been learning the signs of the colours.

“The children have been showing me their wonderful pictures of rainbows which have really touched the hearts of everyone. Children all over the country started to draw rainbows as a symbol of hope during the early days of the crisis.

“They are so wonderful, positive and resilient – the very heart of our future. The children and young people I met at The Children’s Trust have had to stay shielding in order to stay safe, and some haven’t seen their parents in weeks. They are so brave.”

Paige’s charity cover was recorded with children on video calls and all proceeds will go to The Children’s Trust.

The single will be released on July 17.