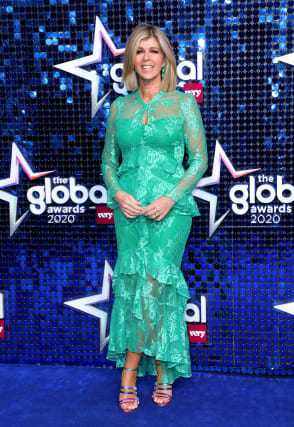 Kate Garraway is planning to visit her husband in hospital – where staff are switching on Good Morning Britain in the hope of stimulating a response.

Derek Draper was admitted to hospital three months ago and although doctors are no longer keeping the 52-year-old in a coma, Garraway has said that “he sort of can’t wake-up”.

The TV host returned to work on Monday after taking time off while Draper has been in intensive care.

Now she has told Good Morning Britain: “I might be able to go and visit Derek after the show today.

“In fact, the nurses are going to put Good Morning Britain on for him….

“Obviously, we don’t know what he can hear and see but they’re going to put it on this morning… (to) see if there’s any reaction.

“We’re trying everything at the moment.”

Co-host Ben Shephard said it would hopefully “stimulate a little bit of recognition”.

Garraway returned to the TV studio on Monday morning.

She told fellow presenters: “Don’t be too nice because I’ll get emotional. Just go back to being rude!”