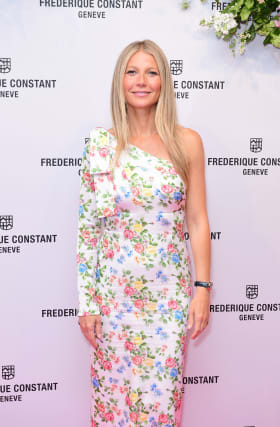 Gwyneth Paltrow said she is in “utter shock and disbelief” following the death of her Glee co-star Naya Rivera.

She performed on the show alongside 33-year-old Rivera, whose body was found at a lake in Southern California on Monday.

Paltrow shared a clip from Glee of her, Rivera and co-star Heather Morris singing Fleetwood Mac’s Landslide, saying it was a “special moment”.

She wrote on Instagram: “Remembering beautiful @nayarivera today. Getting to sing in this trio with her was such a special moment. I am in utter shock and disbelief that someone so full of life and passion and talent is no longer with us. And completely heart broken for her family.”

She posted an emotional tribute to Instagram, sharing a picture of the pair touching noses.

Agron, 34, said: “I loved her sense of curiosity and wanderlust. I was lucky enough to be her travel partner for some of my most favourite adventures. As I write this, I’m grinning with swelling memories of a spontaneous 36 hour excursion – one might even say diversion – to Paris. With Naya, everything was possible and would often simply unfold before us, almost magically.⁣⁣”

She added: “I cannot make sense of this tremendous loss. I will hold onto her and these memories for the rest of time, alongside our Glee family. Please hold space for her, her family, her beautiful boy.⁣”

Rivera went missing at Lake Piru on July 8 and the Ventura County Sheriff’s Office confirmed her body was found in the water on Monday.

The actress had been at the lake with her four-year-old son, Josey Hollis. He told police she helped him back onto their rented boat before disappearing beneath the water.

Officers believe she may have become exhausted by strong currents and been unable to save herself.

Other Glee cast members were among those paying tribute.