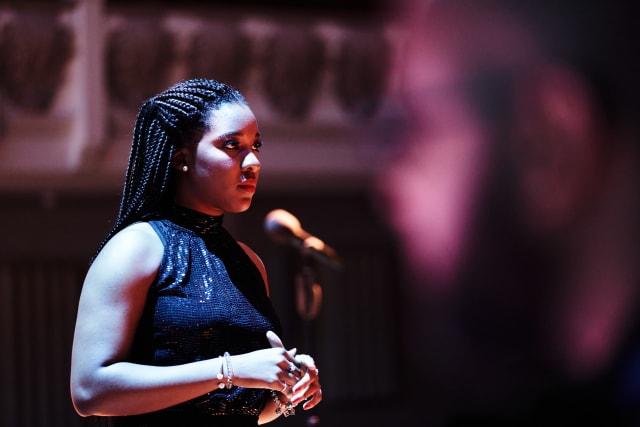 An online musical theatre show featuring black performers aims to “celebrate and give opportunities to under-represented communities”, according to its creative producer.

Turn Up, which was produced under the creative direction of Ryan Carter and Nicole Raquel Dennis, is being streamed online and stars actors including Sharon D Clarke and Rachel Adedeji.

Carter told the PA news agency he noticed the industry “waking up” to the Black Lives Matter movement and the “systemic racism” in the business as a whole.

The Turn Up event, which was streamed on Friday and Saturday and will also go out on Sunday, is raising money for charity and features readings, poetry and speeches, as well as musical numbers.

“Not only was this an opportunity to raise money for the charities that need support, it was also a way to both celebrate and give opportunities back to under-represented communities of the musical theatre landscape,” Carter said.

He added that despite theatres being under huge pressure as a result of the Covid-19 outbreak, the biggest threat to his career “isn’t coronavirus, it is subconscious racism”.

“It is my experience when I walk into a room I get a very different version of events than I would if I was white, that is what is potentially going to stop me working,” he said.

Carter said that as an actor he has regularly gone to auditions where there has been an unspoken assumption that he will show “villainous or aggressive or ghetto” qualities because he is black.

“They are assuming that is what I’m going to bring, even though I wear glasses and I’m probably one of the nerdiest black musical theatre boys I have met in my entire life,” he said.

“We need to show kids and also the wider public that we exist in a multitude of different personas so that when it comes to casting, when it comes to even meeting people in the street, they don’t assume we’re drug dealers and slaves,” he added.

Dennis said representation of black actors in musical theatre “is not where we need it to be”.

“It is not accurate to what the UK is right now and that starts from the top.”

She added that acting institutions and theatres “are posting [on social media] about Black Lives Matter to show face”.

“It is dispiriting when we don’t see the action they are taking behind the scenes and I think that is the case for a lot of institutions,” she said.

Dennis said that after she performed in Turn Up she received a message from a mother who said her daughter had commented during the performance: “Look, I look like Nicole.”

The actress and producer said she did not used to see anyone who looked like her on stage when she went to the theatre as a child.

“Being that inspiration for someone younger than us coming into the industry, that is the most important thing we can do,” she said.