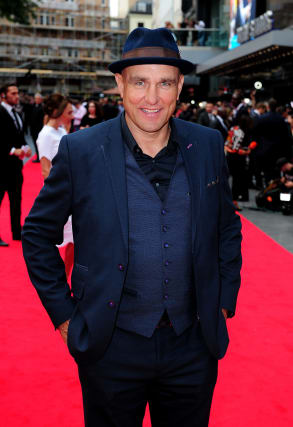 Vinnie Jones has revealed that Sir Michael Caine encouraged him to pursue a career in acting.

The former footballer told The Big Issue magazine that The Italian Job star and fellow actor Bob Hoskins had praised his first film appearance and told him he should stick with it.

Jones said the pair gave him advice after he was asked to appear in director Guy Ritchie’s first hit Lock, Stock And Two Smoking Barrels in 1998.

He told the magazine: “After Lock, Stock I had people like Bob Hoskins and Michael Caine say to me, you’ve got a career in this, and I said, ‘Really?’

“And they said, you have got a massive screen presence – the minute you come on screen you just take over, no matter who’s on the screen with you.

“Bob Hoskins and Michael Caine both said that to me.

“And now with The Big Ugly I’m an actor, producer and writer. And I’m really excited about the future.”

The new film, which comes out later this month, sees Jones play the enforcer of a crime boss caught up in an illegal Anglo-American business deal.

Jones said he got into acting by a “complete random accident” after Ritchie and producer Matthew Vaughn offered him a cameo in Lock, Stock.

“I said yeah, no problem, and I went and done a couple of days’ filming,” he added.

“At the end of the film Guy asked me to do some reshoots and they made my role bigger.

“I didn’t think I’d be especially good at it but I just related the character to a couple of angry people I knew.”

Read the full story in The Big Issue in print after vendors returned to work following lockdown, or by subscribing online at bigissue.com or downloading the app.