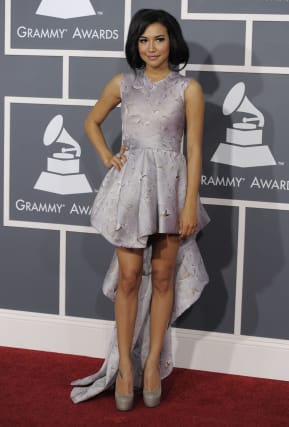 Naya Rivera's four-year-old son told police he watched her disappear beneath the water at the California lake she is feared to have drowned at, an officer has said.

Police told the PA news agency that Josey Hollis, who is safe and well, observed his mother disappear under the waves during their boating trip on Wednesday.

He was speaking in response to an online petition, which has attracted almost 25,000 signatures, demanding the search be extended beyond the lake.

Sgt Donoghue told PA: "Our first day was a rescue effort, it was a life saving effort. We searched with people on the ground, on the shoreline. We were looking not just for her physically, we were looking for any clues, any evidence that suggested she made it to shore.

"We didn't find any clues, any evidence that suggested she made it to shore. The most conclusive piece of evidence we're really holding on to right now is the statements from her son, the only witness.

"He observed his mother disappear beneath the water. So we are very confident she is in the water and that at some point in time we will recover her from the lake."

Josey was found asleep and alone on the boat while wearing a life jacket. An adult-sized life jacket was also found on board.

Sgt Donoghue added: "If we thought for a moment that there was any chance she could be on land somewhere, if we had any other clues or corroborating information that led us in that direction, we would do that and we would be out there searching and looking.

Rivera, best known for playing a high school cheerleader on musical-comedy series Glee, is feared to have drowned at Lake Piru, which is a popular spot for swimmers about 56 miles north-west of central Los Angeles.

CCTV from the dock shows her rented boat departing at about 1pm and it was later found drifting in the northern area of the lake at around 4pm, where the focus of the search remains.

On Friday, the recovery operation continued.

Side-scanning sonar systems, which are towed along the water by boats, have been scanning the bottom of the lake for any objects that resemble a human body.

During a press conference, Ventura County Sheriff's Office captain Eric Buschow revealed they had two images that may have been Rivera's body but when they sent a small robotic device into the water, there was nothing found.

Investigators have stressed the many difficulties posed by the search, including strong currents, dangerous underwater debris and visibility of between 1-2ft.

Rescuers believe Rivera will be found at the point she went under.

Capt Buschow said: "I'm told by some of the divers, that even with that current, wherever she went down, they're confident that that's where she'll be found. It's just finding that spot. That's the difficult part."

About 40 rescuers were at the lake on Friday, Mr Buschow said, adding divers are not searching the water in the same numbers as earlier in the week.

They are instead relying on the sonar to guide them.