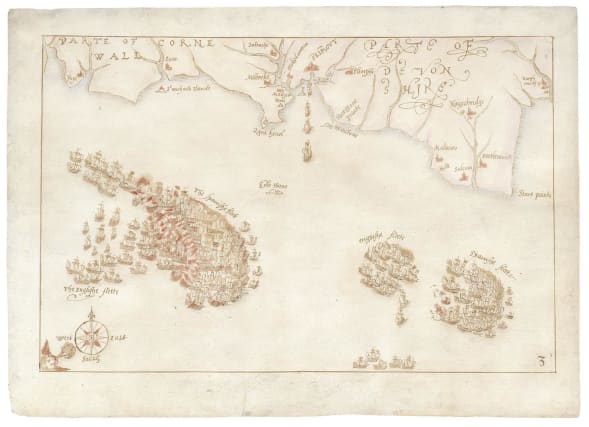 A collection of rare maps charting the defeat of the Spanish Armada by the English fleet is at risk of leaving the UK.

An export bar has been placed on the 10 hand-drawn maps depicting the famous battle of 1588, completed by an unknown draughtsman, possibly from the Netherlands.

Although the ink and watercolour maps are undated, they are thought to be from the years immediately after the battle, and have been valued at £600,000 plus VAT.

It is hoped a UK gallery or institution will come forward to acquire the collection.

Culture minister Caroline Dinenage said: “The defeat of the Spanish Armada is central to the historical tale of what makes Britain great.

“It’s the story of plucky England defeating a greater foe and helped to create the world we live in today.

“These incredibly rare drawings are a very important part of the story of our nation and I hope, even in these challenging times, that a buyer can be found so they can be enjoyed by members of the public for generations.”

The decision follows the advice of the Reviewing Committee on the Export of Works of Art and Objects of Cultural Interest (RCEWA), which noted the works offered a rich resource for the study of the marine painting genre’s development.

Committee member Peter Barber said: “Robert Adams, surveyor of the Queen’s Works, and military engineer, was one of the most skilled cartographic draughtsmen of Elizabethan England, the delicacy of his work resembling the finesse of miniaturists such as Hilliard.

“His maps of the Armada, engraved in significantly amended form by Augustine Ryther, became the official image of one of the most celebrated episodes in English history.

“Their importance in the creation of England’s historic self-image cannot be exaggerated.

“They provided the models for tapestries which served as a backdrop for the proceedings of the House of Lords and for nearly 250 years.

“These drawings are as close as one is ever likely to get, in the absence of the originals, to the appearance of Adams’s manuscript maps but there is much fresh information that can be gleaned from them.

“That they were probably copied, surreptitiously, by a Dutch artist for illicit publication in the Netherlands demonstrates the importance of the defeat of the Armada not only for England but for Europe as a whole.

“The drawings need to be saved for the nation so that the full story behind the creation of these iconic images can be properly researched.”

The decision on the export licence application for the drawings will be deferred until October 9 2020.

This may be extended until January 9 2021 if a serious intention to raise funds to purchase it is made at the recommended price.