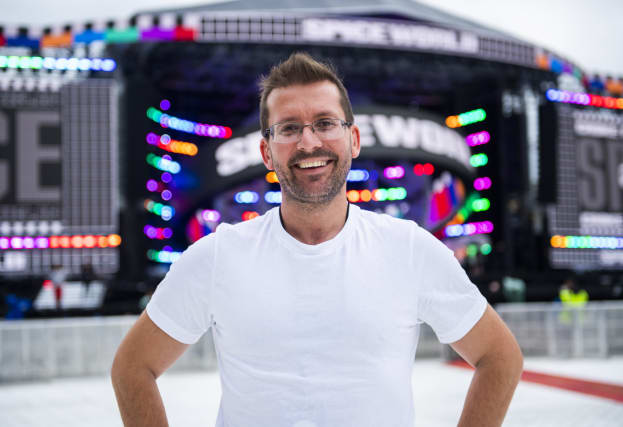 Routledge, who has worked with Stormzy, Take That and Beyonce, said the Government’s £1.57 billion coronavirus support package for the arts would fail to reach some self-employed music sector workers.

UK Music, the body which represents the commercial interests of the music industry, has said that 72% of workers in the sector, such as stage managers, technologists and costume designers, are self-employed.

Routledge told the PA news agency: “In one respect it is amazing. Venues and cultural institutions, especially places like the Royal Albert Hall, and even grassroots venues, will get money by the sounds of it.

“But the devil is in the detail and it’s becoming more and more obvious that the people who won’t get it are the army of freelancers that make up the industry.

“Your venues will be looked after, although there are going to be casualties in that area I’m sure, but you are talking about 200,000 people that are stage managers, lighting people, riggers, costumiers, wardrobe, technologists that make stages move.”

Routledge added: “They are not going to see any of this.

“Don’t get me wrong. I am thrilled venues are being supported. But it’s actually the army of people who put on our shows. That’s across theatre and music as well.

“Theatre and live concerts and events are produced by the sum of a load of freelancers.

“And that goes for every production. Even the biggest production companies bring in loads of freelancers with different skill sets for each show.”

Routledge has 25 years experience in the music industry and worked on Stormzy’s 2019 Glastonbury headline performance as well as the Spice Girls’ most recent reunion tour.

He warned British talent could leave the industry if they did not receive further financial aid from the Government.

“In the immediate future there has to be targeted support for freelancers,” he said.

“There are many, many people I know that are in dire straits, massively struggling financially, especially in the industry of day-to-day freelance technicians, who just earn their money by small daily rates on tour. They are in massive financial difficulties.

“The first thing we are going to start losing is amazing talent from the industry who will have to go and get jobs elsewhere.

“The UK is known for the quality of its technical ability. We get taken all over the world because other countries want British people running their shows technically, for festivals and all manner of things, so initially there has to be support for that.”

UK Music has called for reduced VAT for the music industry after the Government announced it was slashing the tax on food, accommodation and attractions from 20% to 5% until January.

Routledge said: “Now a VAT cut would be very welcome in the music industry but it is kind of pointless at the moment until we know when we can open venues and start selling tickets again.”

At the start of lockdown in March, Routledge had eight tours scheduled for the year, all of which have been postponed, with others such as Jeff Lynne’s ELO cancelled altogether.

Routledge said he had lost “100%” of his income bar piecemeal jobs he was taking “just to get out of the door”.

However, he said he was “one of the lucky ones” as he has savings to live on.

On Thursday, the Government published guidance for the performing arts industry to safely return to work.