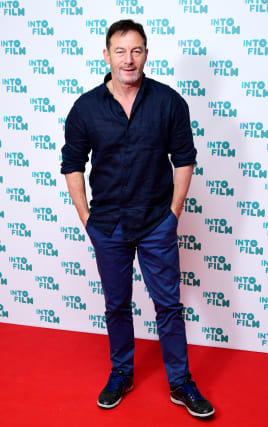 Jason Isaacs has admitted that he is “bluffing” about his film knowledge and has failed to use his time in lockdown to catch up on all the classic movies he has claimed to have seen.

The actor, best known for playing Lucius Malfoy in the Harry Potter films, has appeared in hundreds of movies and TV shows but confessed he has still not seen some of the classics.

He told the PA news agency: “One of the things that has driven me mad, I was definitely going to catch up on all the films I’ve never seen, because I bluff when I’m around the cinephiles that I know that I’ve seen all these great films by Kurosawa and Truffaut and I haven’t seen any of them.

“I’ve got a service that I pay for that I can watch but my kids will only watch Grey’s Anatomy.

“It’s all they will watch, they will watch 100,000 episodes of Grey’s Anatomy, it’s very good, don’t get me wrong, but it’s not that good that that’s all you’re going to watch, so I haven’t caught up on the films.

“I will have to continue to bluff when we talk about cinema.”

Isaacs can next be heard voicing the role of Dick Dastardly in the animated film Scoob!, which also features Mark Wahlberg and Amanda Seyfried among the cast, and said: “I have spent a lot of years insisting that I avoid moustache-twirling villains because I try to create three dimensional complex, recognisably human characters, but Dick Dastardly is the quintessential moustache-twirling villain.

“So I went as far over the top as I could dare to go and then the director told me that’s just the starting point, keep climbing.”

He added that instead of watching classic films during lockdown he has been glued to the news and trying to help those in need.

He said: “I’m a bit of a doom and gloom merchant I’m afraid, I’m mainlining news and scientific scuff, I shouldn’t be.

“Listening to podcasts like This Week In Virology which I strongly recommend you all give a wide swerve to. I’ve been doing physical things, firstly I try and be grateful every day for the fact I’ve got a roof over my head and food and I’m not broke, which is not the case for many, many, many people, and doing as much as I can to help.

“I’m an ambassador for the Red Cross and Lumos, Jo Rowling’s charity and Marie Curie and Great Ormond Street and charities have never been more stretched.

“The food bank my wife works with, they used to do 100 a month, now they do hundreds a day, every day, and the money has dried up because everyone is anxious about money.

“So the best times I’ve had in lockdown honestly are when I’ve felt like I could be of service and I’ve helped to spread a message or raise some money for people who are doing extraordinary things in the community and the worst times are when I find myself browsing the cupboards in the kitchen and continue to eat all day every day.”

Scoob! is available now to rent on Premium Video On Demand (PVOD) in the UK. It will be available to watch instantly for 48 hours from participating digital retailers.