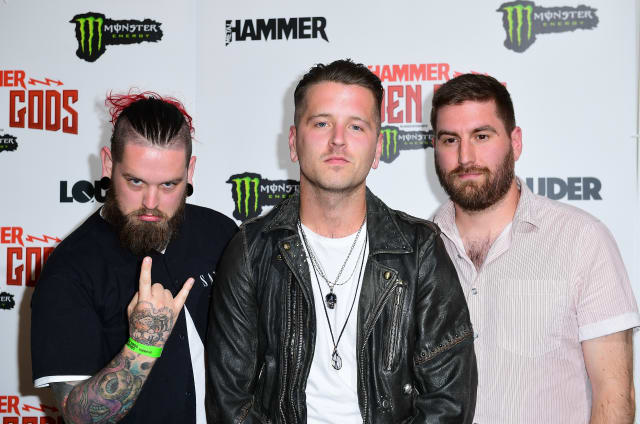 Bury Tomorrow frontman Dani Winter-Bates has described how working for the NHS and hosting safe space sessions while on tour allowed him to write songs about his own mental health.

The singer, who helped form the Southampton metalcore rock group in 2006, has suffered poor mental health in recent years.

He splits his time between the band and working as a NHS manager dealing with resilience and wellbeing.

On their recent tour in support of 2018’s Black Flame album, he hosted “safe space sessions” with fans to discuss mindfulness and mental health around their gigs.

“I pride myself on wanting to be a role model, not from a frontman perspective but more as someone of social standing.”

He also spoke about Bury Tomorrow’s new album, Cannibal, which has reached number 10 in the UK albums chart.

Recalling the songwriting process, he said: “Organically I was writing the songs and I was able to write in such an honest and blatant way that I got to six songs and went: ‘Wait a minute I have just written the majority of an album about one subject.’”

Winter-Bates also suggested he had previously avoided writing songs about his mental health issues because they were too raw.

“It feels like a cathartic process being able to discuss it openly. It’s actually quite a freeing thing.”

Cannibal is out now.