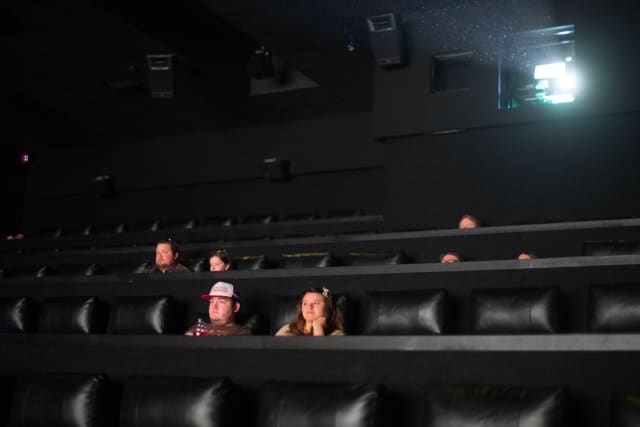 Crowd-pleasing classics Grease and Dirty Dancing were among the most popular films to coax people back into cinemas in England last weekend, new figures show.

Both movies made it into the box office top 10, along with other old favourites The Terminator, Fight Club and the original Star Wars.

But the gross takings for each film reveal just how few screenings were available to customers.

Grease, in seventh place, was showing at just two venues and took £11,925.

And The Terminator made it to eighth place thanks to £9,863 from only one cinema.

Topping the chart was the Disney animation Onward, first released in March of this year, which grossed £21,626 from 47 cinemas.

The figures, published by the British Film Institute, cover those cinemas that opened in England from July 4 together with a few cinemas in the Republic of Ireland, where cinemas have been able to open since June 29.

Box office takings in Ireland are traditionally included with figures for the UK.

This compares with £24.7 million grossed by the top 10 films for the equivalent period in July 2019.

Many cinema chains in England are waiting until later in July or even early August for a full reopening, to coincide with the release of films such as Christopher Nolan’s new blockbuster Tenet.

Cinemas in Scotland are able to reopen from July 15, but a date has yet to be announced for a reopening in Wales and Northern Ireland.

Cardi B and Megan Thee Stallion to drop collab this week