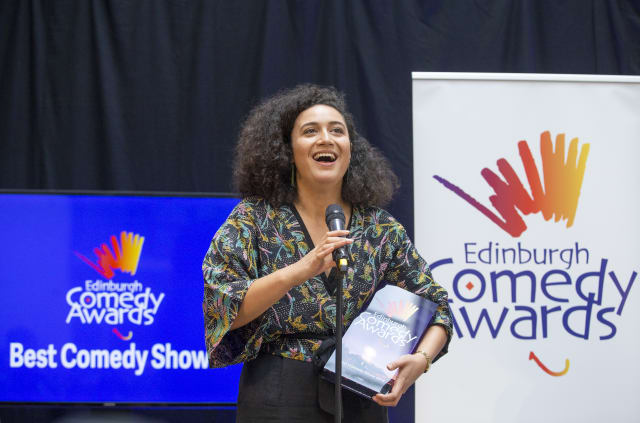 Stars including Al Murray, Rose Matafeo and Nish Kumar are supporting a campaign to “save live comedy” after research suggested more than three quarters of venues could face closure within a year.

With live performances banned under regulations to deal with the coronavirus pandemic, a third of comedy venues say they believe they will have to close within the next six months, with 77.8% saying they could face closure within a year, according to a report from the Live Comedy Association (LCA).

Although the Government recently announced more than £1.5 billion of funding for the arts sector, comedy is not supported by Arts Council England and, according to the LCA, has “never received any public funding from the Department for Digital, Culture, Music, and Sport”.

In an open letter to the governments and Arts Councils of the UK, England, Scotland, Wales and Northern Ireland – which the public is being invited to sign on the LCA’s website – the organisation said comedy has been overlooked and should have access to the Government’s arts rescue fund.

It also called for an “extension of the Job Retention Scheme and Self-Employment Income Support Scheme for the Performing Arts sector” as well as a “clear timeline for reopening venues without social distancing”.

Mash Report host Kumar encouraged people to sign the open letter, tweeting: “All the comedy you love happens because of our live comedy scene. Please don’t let it die!”

Matafeo, who won the Edinburgh Comedy Award in 2018, said: “the first voices to fade away will be working class/BIPOC/LGBTQI+ comics – those who are not often afforded the platform and connections that lead to long lasting financial stability.

“without government support for the industry, the future of live comedy is dire and homogenous”

Comedian and radio presenter Elis James wrote: “At its best, live comedy is the most thrilling night out you can have. The reason we have so many comics from around the world performing in the UK is because the British circuit is the best there is”

Kiri Pritchard-McLean tweeted: “We churn out some of the best comedians in the world because we have a thriving live circuit like nowhere else. Gigs in every corner of the country, multiple gigs a night in cities. This is about to turn to ash.”

Al Murray, known for his Pub Landlord alter ego, tweeted: “I was incredibly lucky to learn my trade on the comedy club circuit: it’s a vital part of the arts, as important as any other.”

The LCA, which has been newly set up to represent the industry “in the face of Covid-19 and beyond”, surveyed 663 people working in comedy, including performers, club owners, promoters, publicists and more.

Of those, 75% said they had earned less than 5% of their pre-pandemic estimated income during the lockdown period, while 60% said they would need to leave comedy if performances had not returned by February.

Brid Kirby and Owen Donovan, chair and vice chair of the LCA, said: “British comedy is a grassroots creative industry, which is accessible and inclusive, no matter your income, where you live, or your sense of humour.

“Our ticket prices are cheaper than almost any other art form, and comedy takes place in every nation and region of the country, in dedicated spaces but also in pubs, music venues, and theatres in every town and city.”

They added: “We have one simple request: to be treated like the rest of the performing arts. In the first instance, that means being given the same access to the £1.57 billion of government funding to save the arts.

“Without help, live comedy as we know it will never be the same again.”