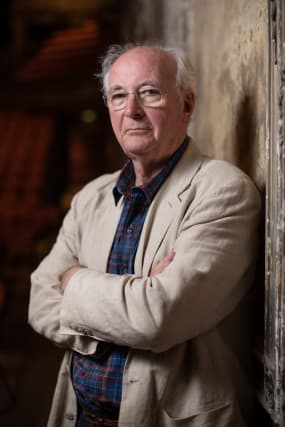 The novella, titled Serpentine, will introduce readers to a teenage Lyra and is set after the events of His Dark Materials, but before those of The Secret Commonwealth, which was published last year and featured Lyra as an adult.

The new standalone short story was written in 2004 for a charity auction at the request of Sir Nicholas Hytner, the then-director of the National theatre, during the stage production of His Dark Materials.

Sir Philip said: “When I wrote Serpentine, I had no idea that I was going on to write another trilogy, showing Lyra as an adult, but she and her world wouldn’t leave me alone.

“When it comes to human affairs, a billion invisible filaments connect us to our own pasts, as well as to the most remote things we can imagine; and I hope that, above all, these books are about being alive and being human.”

Sir Philip is now working on the last volume of The Book Of Dust, and told the PA news agency: “I still write by hand, always have done, always will. So I measure it in terms of pages, and it’s going steadily.

“I don’t want it to be as long as The Secret Commonwealth, which was the longest book I’ve written.

“I’d like it to be shorter than that and if I work hard enough it will be, but it’s not nearly finished yet.”

He added that he hopes it will be the last book in Lyra’s story, saying: “I don’t want to go on and on and on with it.

“I’m telling this part of the story because I think it needed to be told.

“I hope she will but I can’t say how or indeed whether she will. It might end up very sadly, I don’t know.”

The announcement of Serpentine coincides with the 25th anniversary of the publication of Northern Lights, which was the first volume of the His Dark Materials trilogy.

In Serpentine, a teenage Lyra returns to the town of Trollesund, the setting of her first encounter with Iorek Byrnison and Lee Scoresby in Northern Lights.

Lyra and Pan are older and in search of an answer to a shocking, secret condition – their ability to separate – from the witch-consul, Dr Lanselius.

Serpentine will be published by Penguin Random House Children’s on October 15 in hardback and ebook edition, with illustrations by Tom Duxbury, alongside an audiobook read by Olivia Colman.

Qantas 'Flight to Nowhere' Sells out Within Minutes