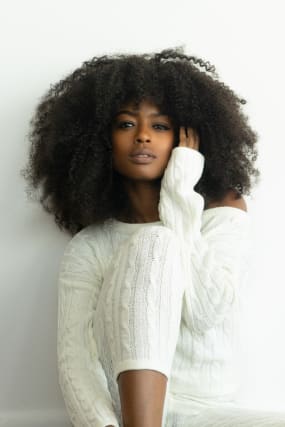 The largely unknown German-born Leslie said she is “extremely proud” to be the first black actress to play the character and will make her debut in the show’s upcoming second season.

She was cast in the role after Australian star Rose announced in May she was making the “very difficult decision” to step down.

In a statement, Leslie said: “I am extremely proud to be the first Black actress to play the iconic role of Batwoman on television, and as a bisexual woman, I am honoured to join this groundbreaking show which has been such a trailblazer for the LGBTQ+ community.”

Leslie is best known for starring in two seasons of TV comedy God Friended Me. In Batwoman, she will not take over as Kate Kane, Rose’s character.

Instead, she will portray a new character named Ryan Wilder, described as “likeable and messy”.

She will become the first black actress to play Batwoman in a live-action television or film production.

Following Rose’s departure, network The CW, Warner Bros Television and Berlanti Productions said they were “firmly committed” to Batwoman, confirming they would re-cast the role with another member of the LGBTQ community.

Announcing her decision to stand down from the role, Rose said: “I have made the very difficult decision to not return to Batwoman next season.

“This was not a decision I made lightly as I have the utmost respect for the cast, crew and everyone involved with the show in both Vancouver and in Los Angeles.”

Batwoman airs on E4 in the UK.