Miriam Margolyes to star in online play about dementia in lockdown 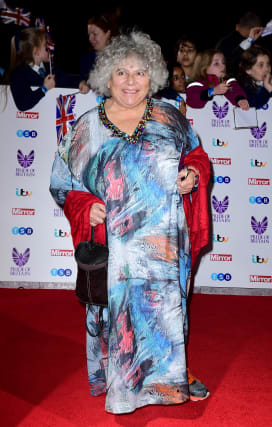 Miriam Margolyes and Amit Shah will star in a new online short play about experiencing dementia in lockdown, it has been announced.

They will star in Watching Rosie, a short play by Louise Coulthard based on her debut play, Cockamamy.

It will be performed over Zoom and explore the bond between Alice, played by Margolyes, and her granddaughter Rosie, played by Coulthard, as they face change, confusion and an unexpected arrival from Tesco.

It comes as theatres around the country remain closed while live performances are banned to prevent the spread of coronavirus.

Margolyes said: “I wanted to be in this film for two reasons. I loved the script and liked the character I’m playing.

“And it’s a challenge to try a new way of doing things – Zoom is a challenge – and it’s good to be professionally challenged at 79.”

It will be produced by the Original Theatre Company, who recently staged an online production of Rachel Wagstaff’s adaptation of Sebastian Faulks’s novel Birdsong, and directed by Michael Fentiman.

Watching Rosie, which has a running time of approximately 20 minutes, will be released free-of-charge at 7pm on August 6 at OriginalTheatreOnline.com and will be available until September 30 – and donations are encouraged in support of Dementia UK.

Alastair Whatley, artistic director of the Original Theatre Company, said: “We are thrilled to be announcing Watching Rosie today.

“I greatly admired the play on stage and have really enjoyed working with Louise and Mike [Fentiman] to develop it for online audiences.

“I am very proud of the Original Theatre team, who have kept working throughout lockdown, adapting and diversifying our work and, in so doing, reaching a brand new online audience which is extending all over the world.”