Halsey reconnecting with ‘introverted’ and ‘reclusive’ side during lockdown 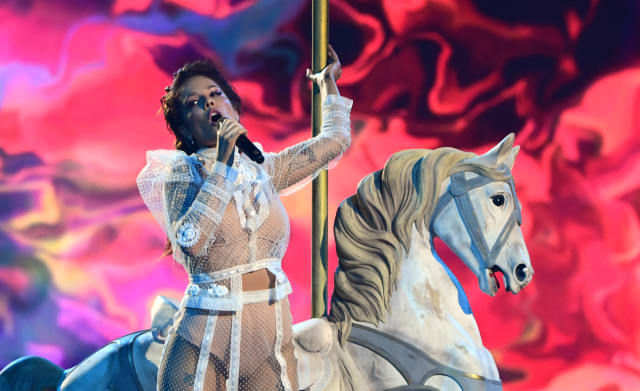 Singer Halsey has said she is using lockdown to reconnect with her “introverted, comfortable and reclusive” side.

The US star, 25, is at home in Los Angeles after cutting her Manic world tour short and rescheduling some dates due to coronavirus.

She said she was using the time to grow vegetables in her garden, including “mean” green beans and cucumbers.

Speaking during a Q&A with Clara Amfo to promote a collaboration with Magnum, she said: “It’s actually really interesting, because you get this version of me in the (music) video we saw earlier where I’m completely in the mindset of this transformative, energetic, confident performer and creative.

“And then I come home because of lockdown, I’m in LA and I’m a little more introverted, comfortable and reclusive.

“I’m getting to know myself and reconnecting with myself, which I haven’t had the pleasure of doing in a really long time.

“Whether I’m in my garden growing vegetables and being able to cook, because I don’t cook when I’m on tour because there’s no kitchen on a tour bus.”

Halsey also spoke of the joy she felt being in her garden during lockdown.

She added: “I grow some pretty mean green beans, but also my cucumbers are starting to come in and I’m really excited about that.

“It’s riveting, isn’t it? This isn’t what you’d expect of me.

“People interview me and think I’ve got some crazy stories to tell, but I’m like, ‘No, just growing vegetables’.”

The singer, real name Ashley Frangipane, said she felt like the “greatest version of herself” while performing on stage.

She added: “In real life, I am super clumsy, a little awkward, kind of introverted.

“On stage, I am filled with this newfound grace and this confidence and stability and focus and control.

“That’s why I love being on stage so much because I get to be this superhero alter-ego version of myself.”

The interview featured during the launch of Magnum’s #TrueToPleasure collaboration with Halsey.

Halsey also features in a photoshoot for Magnum in which she sports a new pink-haired look.