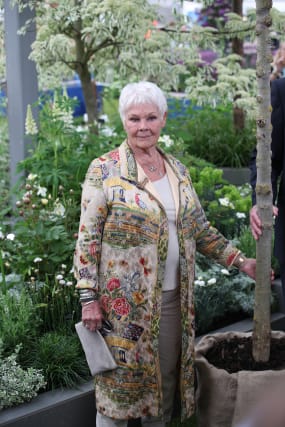 Dame Judi Dench, Dame Harriet Walter and Sir Patrick Stewart will be among the stars discussing their experiences of performing Shakespeare in a series of online conversations for the Royal Shakespeare Company.

The online events will take place on Mondays from 5-6pm, starting with Dame Judi, who has played most of Shakespeare’s leading ladies for the RSC including Mistress Quickly, Viola,  Beatrice, Lady Macbeth and Countess Rossillion, on July 13.

The live events will be open to subscribers, members and patrons of the Royal Shakespeare Company, as well as the company’s nationwide network of associate school teachers.

They will be free as a show for gratitude for the ongoing support given to the company during the pandemic, but with a suggested donation of £10.

Money raised will support the company’s Keep Your RSC campaign to help secure its future.

Artistic director Gregory Doran said: “The chance to talk Shakespeare with some of the great Shakespeare actors of today, to explore their lifetimes’ experience of verse, the challenges of some of the greatest roles ever written, and the opportunity to hear their advice to young actors, their favourite passages, and how we think about Shakespeare’s work is something I am really thrilled about and looking forward  to sharing with all our loyal friends and supporters in these testing times.”

Catherine Mallyon, executive director of the RSC, added: “Our members and supporters are providing the company with vital income during the Covid-19 crisis.

“Since the closure of our theatres in March we have been finding new and creative ways of engaging with our supporters online. Initiatives range from regular Zoom updates from our artistic team for production circle and season Supporters, to virtual talks and behind-the-scenes exclusive events for patrons and members, including a first screening of our 2019 production of King John via You Tube earlier this month.

“We are extremely grateful to our members and supporters, who have recognised the very challenging position we find ourselves in, alongside all theatres and arts venues around the country.

“And whilst it is sadly too early to say when we will be able to re-open and what the future might look like, we hope that Talking Shakespeare and other similar events will continue to entertain and engage our membership through this challenging time, and importantly thank them for their ongoing and vital support as we look forward to the time when we can safely re-open.”