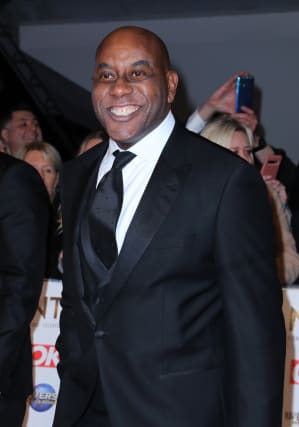 Ainsley Harriott will explore the favourite dishes families have been enjoying during lockdown in a new cooking show.

Filmed in a studio kitchen, the chef will create delicious dishes for breakfast, lunch and dinner, as well as snacks and treats in Ainsley Harriott: The Food We Love.

In each show he will be joined by a special guest, who will reminisce about their favourite meals and talk about what food means to them, and share a recipe which Harriott will cook in the studio with them, while fellow chefs across the country will be creating meals in their own kitchens.

Harriott said: "I'm so happy to be back on ITV with a new series.

"The Food We Love is a real treat, a chance to share some of my absolute favourite dishes ... how could I resist?

I'll also be finding out what recipes some of my fellow chefs treasure above all others, and there'll be a host of famous faces popping in to share the meals that matter most to them. It really will be a fabulous foodie feelgood show!"

He will celebrate the British countryside, art, crafts, manufacturing and produce, and chat to celebrity guests as well as wildlife, craft and sustainability experts, who will be sharing tips on how to make the most of outside spaces, regardless of size.

Titchmarsh said: "I'm delighted to have the opportunity to celebrate the British countryside and the people who look after it.

"It is all too easy to forget the contribution to our daily lives that those who are skilled at country crafts, looking after our landscape, our wildlife and our farm animals contribute to our daily life.

"Love Your Weekend is an entertaining celebration of rural life and country matters and I'm chuffed to bits to be presenting it."

All Around Britain will be hosted from a different UK location each Sunday morning and celebrate life and culture in towns, cities and rural communities across the country.

Singh said: "It's exciting to be involved in a brand new Sunday morning show, shining a light on interesting people and places around the country, and taking a closer look at what makes this country tick."

Beresford said: "I'm really excited and looking forward to presenting All Around Britain with Ranvir, bringing you those not-to-be-missed stories from across the week, shedding light on the best of British."

Katie Rawcliffe, head of entertainment at ITV, said: "I'm delighted to announce these new commissions for weekends this autumn.

"There is hopefully something for everyone, with great presenters and strong content, and the new shows will reflect the modern times we are living in with warmth and a weekend feel."