Theatre performances without social distancing some way off – Culture Secretary 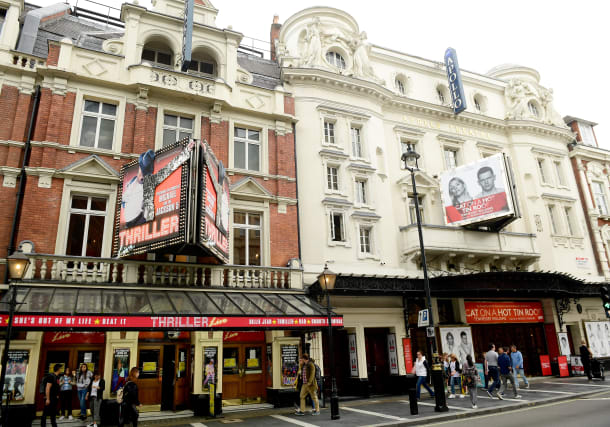 The Culture Secretary has warned that the return of theatre performances without social distancing remains “some way off” following the Government’s announcement of a £1.57 billion support package for the arts.

Oliver Dowden told BBC Radio 4’s Today programme the relaxation of guidelines, such as on planes, has only been implemented in “exceptionally limited circumstances” and insisted “slow and baby steps” must be taken.

Theatres, along with museums, galleries, music venues, independent cinemas and heritage sites, will be eligible for the emergency grants and loans.

Mr Dowden also told BBC Breakfast it would be difficult to get theatres reopened in time for the Christmas pantomime season.

He added: “I would love to be able to announce that pantos can return but I have to say it will be quite challenging to be able to get to that point.

“Because if you think about a panto, and we all love going to the panto for the joy of it, but it also supports local theatres, you’ve got granny through to grandchild all packed in together, you know how kids are encouraged to shout and scream at panto season, there’s lots of sort of interaction.”

Mr Dowden said he is working with Public Health England to see if the risks can be mitigated but he wants “to be realistic about the challenges of getting us back to that point any time soon”.

A large number of cultural institutions have welcomed the Government announcement on the lifeline for the arts sector, which looks set to be disrupted by coronavirus for some time.

Arts Council England, the Royal Opera House, the Society of London Theatre & UK Theatre, and the Music Venue Trust were among those praising the move.

Guidance for a phased return of the performing arts sectors is expected to be published by the Government shortly.

The package comes after some theatres – which are not yet able to stage live performances – closed down, making staff redundant, amid the pandemic.

Museums have also said they face an uncertain future, while 1,500 artists and acts signed a letter to the Culture Secretary calling for a road map for the live music industry.

Prime Minister Boris Johnson said: “From iconic theatre and musicals, mesmerising exhibitions at our world-class galleries to gigs performed in local basement venues, the UK’s cultural industry is the beating heart of this country.

“This money will help safeguard the sector for future generations, ensuring arts groups and venues across the UK can stay afloat and support their staff whilst their doors remain closed and curtains remain down.”

The Government said the money “represents the biggest ever one-off investment in UK culture” and will help struggling institutions “stay afloat while their doors are closed”.

Mr Dowden said he understood the “grave challenges” facing the arts sector and that the investment demonstrated the Government’s “level of commitment” in supporting it.

Funding will also be provided to restart construction work at cultural and heritage sites paused as a result of the pandemic, the Government said.

Decisions on awards will be made working alongside expert independent figures from the sector.

The £1.15 billion support pot for cultural organisations in England will be made up of £270 million of repayable finance and £880 million of grants.

Chancellor Rishi Sunak said the arts and heritage sectors employ more than 700,000 people and were “critical” to the UK’s economy.

The announcement has been welcomed by various industry leaders, including Arts Council England chairman Sir Nicholas Serota, who said the package was a “very significant investment”.

Creative organisations will be “serving their communities and… helping the nation recover as we emerge from the pandemic”, he said.

“Venues, producers and the huge workforce in the theatre sector look forward to clarity of how these funds will be allocated and invested, so that artists and organisations can get back to work as soon as possible,” he said.

Labour shadow culture secretary Jo Stevens said while she welcomed the “much-needed” cash injection, it was “too little, too late” for many.

She said: “The Government needs to ensure that this vital funding gets to those theatres and other organisations currently teetering on the brink, and fast – especially those across the towns and small cities where live performance venues and other arts organisations are so valuable to local economies, providing many interdependent jobs, particularly in hospitality.”

Speaking on BBC Radio 4’s Westminster Hour, Ms Stevens added she was concerned that the scheme lacked any support for freelancers.

“One other thing which is missing from the announcement – freelancers which dominate this sector across all types of arts and culture,” she said.

“Many of them have been excluded from the Treasury schemes to date, they’ve had nothing and it doesn’t seem that there’s anything in this announcement, particularly in terms of Government action, to help freelancers who are struggling so badly.”

Jon Morgan, director of the Theatres Trust, said theatres were among the hardest-hit industries during the pandemic and remain at risk while social distancing measures are in place.

He said more detail was needed about how the money would be allocated across the different areas to fully assess its benefit, adding: “We would hope that a significant proportion will be reserved for the performing arts.”

The Tate, the Science Museum Group, the Natural History Museum, National Gallery and the Royal Shakespeare Company were among those who also welcomed the funding.