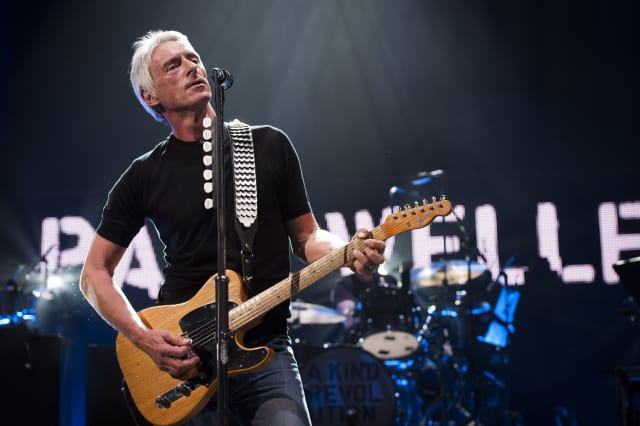 Paul Weller is on course to secure his first number one album in eight years.

The former frontman of The Jam, known as The Modfather, is 11,000 chart sales ahead of his nearest competitor with his 15th solo album On Sunset.

If the 62-year-old remains on top it would be his first number one record since Sonik Kicks in March 2012, according to the Official Charts Company.

Shoot For The Stars, Aim For The Moon, the posthumous debut album by the late US rapper Pop Smoke, is at number two and the most streamed album of the past three days.

The up-and-coming star, real name Bashar Barakah Jackson, was shot and killed in February aged 20 in what appeared to be a home invasion robbery.

Katherine Jenkins, who celebrated her 40th birthday last month, could secure her highest-charting album in 12 years with Cinema Paradiso.

US synth-pop duo Sparks are on course to secure their highest-charting album in the UK with A Steady Drip, Drip, Drip at number four.

Released digitally on May 15, the physical release was delayed until July 3 due to the coronavirus pandemic, bumping it up the charts.

Metalcore band Bury Tomorrow are vying for their first top 10 album, as their sixth studio effort Cannibal sits at number six this week.

'The Blacklist' Bloopers: Watch James Spader and the Cast Hilariously Mess Up Their Lines

Sean Connery named the greatest James Bond of all time