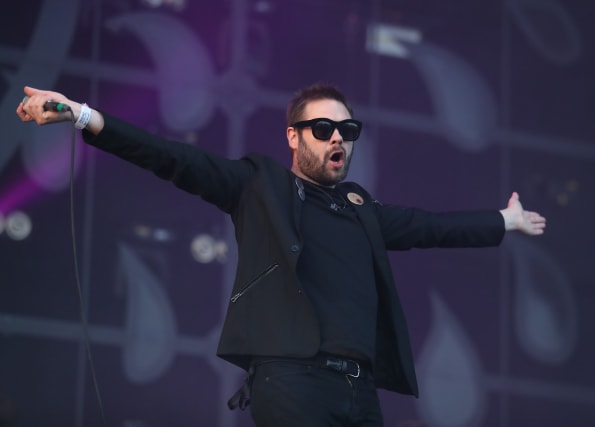 Kasabian frontman Tom Meighan has left the band to focus on dealing with “personal issues”.

A statement from the Brit Award-winning rock group from Leicester said the 39-year-old wants to concentrate on “getting his life back on track”.

His departure leaves guitarist Serge Pizzorno and bassist Chris Edwards as the only remaining founding members, with current drummer Ian Matthews joining the group in 2004.

A statement on behalf of the group said: “Kasabian have announced today that Tom Meighan is stepping down from the band by mutual consent.

“Tom has struggled with personal issues that have affected his behaviour for quite some time and now wants to concentrate all his energies on getting his life back on track.

“We will not be commenting further.”

Meighan was known for his on-stage antics and strong opinions on other musicians including Julian Casablancas, Pete Doherty and Justin Timberlake.

Last month, he revealed the band were back together after a hiatus and working on their first new material since For Crying Out Loud in 2017.

Those sessions came after Pizzorno used the band’s break to release a well-received solo album under the moniker The SLP.

Kasabian formed in 1997 before breaking through with 2006’s Empire and 2009’s West Ryder Pauper Lunatic Asylum, which featured a string of hits including Underdog and Fire.

In a recent interview with The Big Issue, Pizzorno said the band had descended into “complete and utter excess” during their mid-2000s heyday.