Jess Wright: I’d given up on finding the right man for me 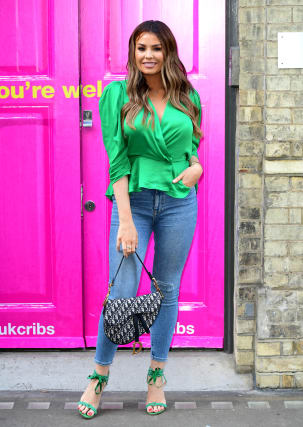 Jess Wright says she “can’t wait” to tie the knot next year.

The former Towie star, 34, will marry businessman William Lee-Kemp in Majorca in June.

“We’re very excited,” she told Hello!, adding: “I’ve been dreaming of a fairy tale wedding since I was little, when I used to dress up in my mum’s net curtains.

“Now I can’t wait for the moment I’ve been imagining for so long, walking up the aisle in a fabulous dress to marry Will.”

She said her Towie co-star brother Mark Wright had set her up with Lee-Kemp after she had given up on finding someone special.

“After kissing a lot of frogs, I reached 32 and thought, ‘it’s not going to happen’.

“I felt lonely and sad and was panicking about my body clock.

“Mark was encouraging. He told me, ‘someone with a heart like yours will never be alone’.”

Wright said her fiance’s romantic proposal in the French ski resort of Courchevel in February took her by “complete surprise”.

“The door was ajar and there was music playing. There were candles lining the hallway, red rose petals scattered across the floor, flowers, red heart-shaped balloons and two glasses of champagne waiting. I was stunned.

“Then Will called me out on to the balcony. With the snowy mountains behind him, he went down on one knee and asked me to marry him.

“I was crying with excitement and Will was in tears too. It was a perfect, magical moment.”

The full interview is in Hello! magazine, out now.