Independent cinemas ‘will close as a result of coronavirus’ 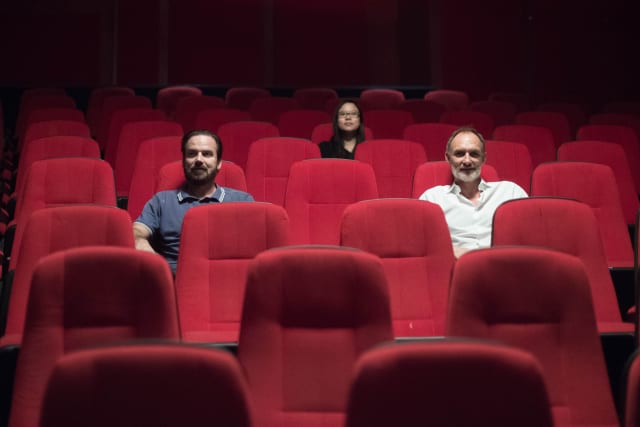 Some independent cinemas will be lost as a result of the coronavirus pandemic, the owner of one venue has warned.

Tyrone Walker-Hebborn, who owns Genesis Cinema in east London, said he anticipates his business will be able to operate for four to six weeks under the current social distancing guidelines.

The cinema, which is gearing up to reopen on Saturday following months of closure, has a “war chest” to see it through that period until restrictions are relaxed or visitor numbers improve, he said.

The cinema has had to rely on loans, extended overdrafts and grants to get through the lockdown so far.

He said that the “really, really difficult” period has been the toughest in his 21 years running the venue.

While Mr Walker-Hebborn does not anticipate having to shut his own business, he said that across other independent cinemas “you are going to see closures, unfortunately”.

He said that some operators of venues who he knows personally will have to close either because of money troubles or because they decide now is the time to “get out”.

Mr Walker-Hebborn said that for him personally it has been “lovely” to welcome back staff as they prepare to reopen.

“To see the building open, the doors open, the staff… getting that buzz again, I forgot how uplifting that was,” he said.

The cinema has put up screens around areas where customers will be served and marks on the floor at two-metre intervals mark out where people will stand as they queue up.

Inside the cinemas, members of the same household will be able to sit next to each other but there will be spaces in front and behind to allow for social distancing.

Mr Walker-Hebborn said that a number of film fans will be “charging through the doors for us”, but not all will be so keen.

“I do think there are going to be an amount of people looking at it thinking, ‘I’m going to give it a couple of weeks, make sure it’s safe, see if the numbers go up and keep their eye on it’,” he said.

Bookings for Genesis Cinema on Saturday have been “pretty solid”, he added.

While cinemas are allowed to welcome back customers on Saturday, a large number of venues will not be doing so immediately.

The Cineworld cinema chain has pushed back its reopening date to July 31, blaming the delay on changes to planned film release dates.

Odeon will reopen 10 of its cinemas on Saturday before opening a further 88 by the end of the month.

Vue and Picturehouse will also not be opening this weekend.