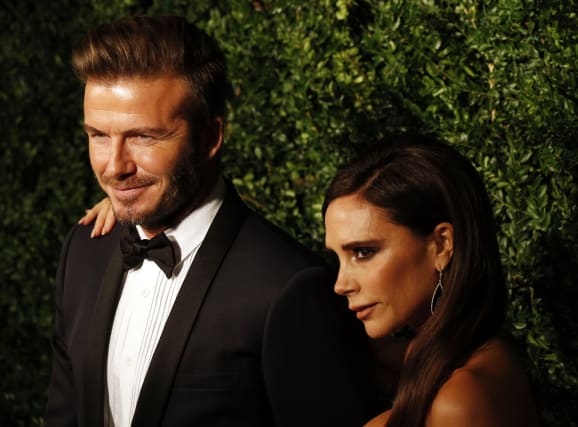 David and Victoria Beckham are celebrating their 21st wedding anniversary.

Here, the PA news agency looks back at six of the key moments in their relationship.

– Meeting at a charity football match

Since the couple met at a charity football match in Manchester in 1997, their relationship has been in the spotlight.

They enjoyed a whirlwind romance, announcing their engagement the following year.

Their first child, Brooklyn, arrived in 1999, four months before their wedding.

The couple tied the knot in a lavish ceremony, complete with matching thrones and his and hers outfits.

The wedding took place at Luttrellstown Castle in Ireland.

– Moving to the US

The family made a number of A-list Hollywood friends, including Tom Cruise, Katie Holmes and Eva Longoria.

The move started a long association with the US and, while they eventually moved back to the UK, David now co-owns American team Inter Miami.

Following Brooklyn’s birth, the couple went on to have two more sons, Romeo and Cruz, and a daughter, Harper.

In 2017, David revealed during an interview with BBC Radio 4’s Desert Island Discs that he and Victoria had renewed their wedding vows.

He told the programme: “We have renewed our vows since then and it was a lot more private.

“There was about six people there in our house.”

He added that they are a “strong family unit”.

– Entering into the world of business

In addition to David’s dealings in the football market, Victoria has entered into the world of fashion design by setting up her own eponymous label.

The brand was set up in 2008 and became known for its modern minimalism.

Today it has offices in London and New York and hundreds of stores across dozens of countries.