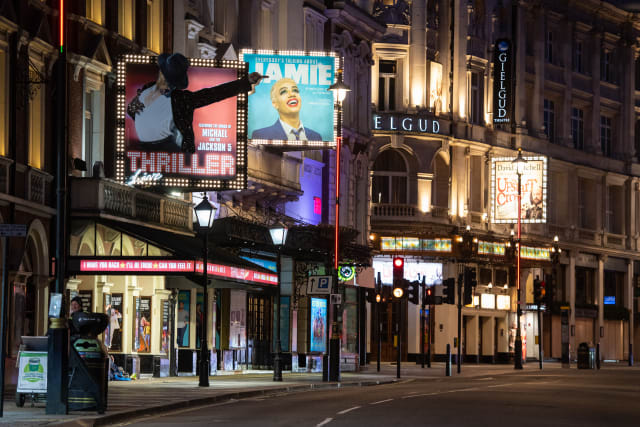 Actors and arts lovers are bombarding culture secretary Oliver Dowden with the word “theatre” on social media to highlight the plight of the industry.

While much of the economy – including pubs, restaurants and cinemas – prepares to reopen in a socially-distanced form this weekend, live performance, including theatre, remains prohibited by Government guidelines.

With disappointment from within the industry about a perceived lack of financial support and clarity for the future coming from Government, actors and others are now venting their frustration online.

Late on Wednesday, Mr Dowden tweeted: “I understand the deep anxiety of those working in music & the desire to see fixed dates for reopening

“These involve v difficult decisions about the future of social distancing, which we know has saved lives.”

Mr Dowden’s five-stage “roadmap” for the return of live performances, revealed on June 25, received widespread criticism from within the industry.

Philippa Childs, head of entertainment and media union Bectu, said it contained “no dates, no clarity, no support and no certainty”, adding that there is “little understanding” within Government of the situation in the industry.

“A roadmap is fine – as long as you have enough fuel in the tank to get there,” she said. “Many theatres don’t, and this much-awaited announcement falls woefully short of what is needed.”

On Wednesday, the Royal Exchange theatre in Manchester announced it was set to make up to 65% of its staff redundant.

In its statement announcing the measure, the theatre said: “From the Government’s recent announcements, there is nothing on the table which gives us confidence or clarity to be able to restart any activities in the immediate future.”