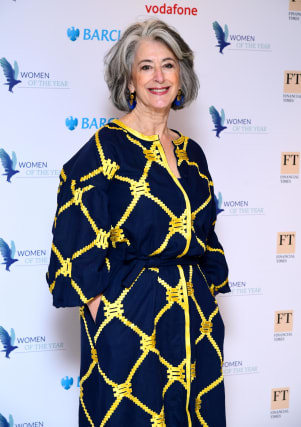 Maureen Lipman has said she found it “impossible to grieve” following the death of her husband because it is in her nature to try to make people laugh.

The actress, 74, who plays Evelyn Plummer in Coronation Street, discussed the death of her husband Jack Rosenthal with magazine Prima.

Her husband died 16 years ago.

Lipman said: “I found it almost impossible to grieve because my nature is to make people laugh.

“And then, I’d feel terrible about the fact I didn’t look like I was grieving enough.”

She said that she would spend money to make herself “feel better”.

“I bought a car, then I worried that people would think it was odd; why would she buy a car when her husband has just died?” she told the magazine.

“But I now know that we all grieve in our own ways; there’s no right or wrong way.

“Sometimes, I still have my moments 16 years later.”

She said that she “always gets miserable” around May, which is the month her husband died.

Lipman is now with Guido Castro, who she described as a “lovely man”.

“I haven’t always been the best wife, mother or lover – I think I’m a bit hit and miss – but I recognise a good man when I see him,” she said.

Read the full interview in Prima’s August issue, which is on sale now.

Zac Efron to star in 'Three Men and a Baby' remake