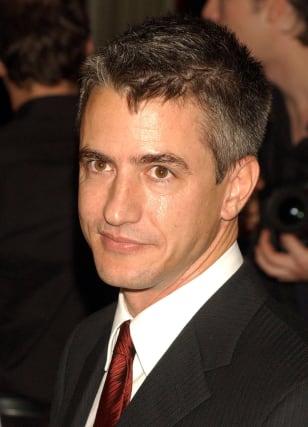 The actor is perhaps best known for playing dashing leading men in romantic comedies including My Best Friend’s Wedding and The Wedding Date.

In the second season of Hanna, Mulroney plays Carmichael, a mysterious CIA agent in charge of a programme training teenage girls to be assassins.

While early on Mulroney cuts a typically charming figure, it soon becomes clear Carmichael is not to be messed with.

He told the PA news agency: “I needed a lot of help actually, from David Farr, and the way he conceived of the character.

“I’ll confess that some of my first impulses were to darken it up and be that bad guy at the computer.

“But he was like, ‘look, this is a guy that does this for a living, he really cares about the programme.’ He didn’t have to walk me through the paces, I just needed to know how much you’re showing at one time in this character.

“And he helped me understand how important it was that we just lay it on like a comfortable blanket and then let the actual horror of his programme reveal itself.”

Mulroney, 56, is a Hollywood veteran, earning acclaim early in his career for his role as a gunslinger in 1988 western Young Guns and as a street gang leader in 1992 crime drama Where the Day Takes You.

He starred opposite Julia Roberts in 1997 rom-com My Best Friend’s Wedding, the film he may be best known for, and alongside Debra Messing in 2005’s The Wedding Date.

In Hanna, he stars alongside British actress Esme Creed-Miles in the lead role, while Yasmin Monet Prince plays a supporting part.

Prince said it was “exciting” to work with Mulroney.

She said: “Dermot is so funny and he’s so charming and good at what he does and it was really cool to be in his presence.

“You’re just watching someone you’ve seen on TV a lot so that was exciting.”