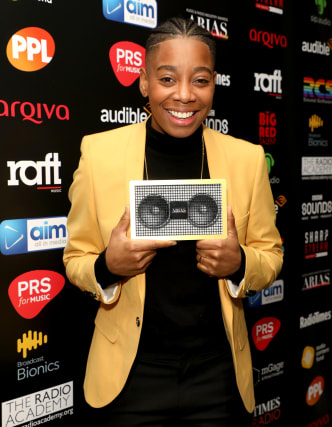 Dotty has announced she will be leaving the BBC Radio 1Xtra breakfast show at the end of July after six years with the station.

The DJ, real name Ashley Charles, took over the show in July 2016, to become its first solo female presenter.

She first joined 1Xtra in 2014 and had previously hosted the Saturday show from 4pm-7pm and the weekday 1pm-4pm show. Her last breakfast show will be on July 30.

She said: “This week marks my four-year anniversary on the 1Xtra Breakfast Show and it has been the most incredible experience of my life. But after almost 1,000 early mornings, I think it’s finally time for me to turn off my alarm clock and rest.

“With more listeners tuning in to the show than ever and this year’s Radio Academy award for best breakfast show sitting on my mantelpiece, it feels like the right time to end on a high note and say goodbye to the radio station that I love.

“Joining 1Xtra in 2014 changed my life. It’s here that I fell in love with broadcasting, spent my days with the most amazing listeners, made lifelong friends and even met Oprah.

“Thank you to the many stars that have passed through the studio, to every single member of staff from the managers to the security guards, but most importantly to the listeners – thank you for inviting me into your homes, cars, building sites and barbershops. I’ve truly loved being part of your day.

“There’s nowhere in the world quite like 1Xtra but I look forward to what the future holds.”

Mark Strippel, head of programmes at 1Xtra, said: “Dotty is an incredible and unique talent and will always be part of the 1Xtra family.

“I speak on behalf of everyone at the station when I say that we’ll miss her loads, and thank her for every ounce of passion and commitment she has put into 1Xtra! We’ve shared some unforgettable radio moments and will be celebrating them this month.

“I’d like to pay tribute to Dotty and her incredible journey since joining as an artist six years ago, leading through to taking the Breakfast crown at this year’s Arias (Audio and Radio Industry Awards), and wish her the very best in her next chapter!”

The station is currently auditioning for the next host of the show, with Nadia Jae taking on presenting duties while this process takes place.

Earlier this year, Dotty announced that she has been working on her debut book, Outraged, which will be published later this month.