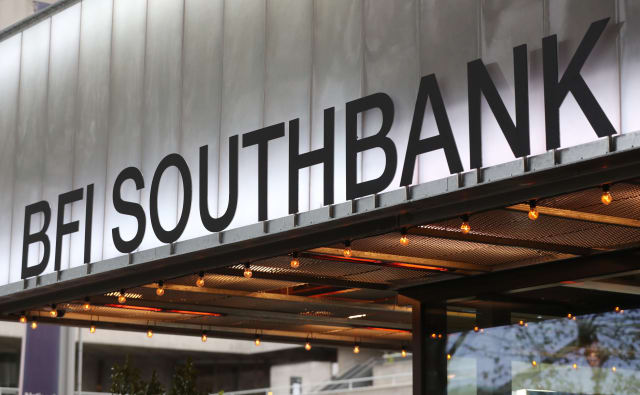 The BFI London Film Festival will feature both online and cinema screenings in its most accessible edition yet.

The event will run from October 7 to 18 this year with an expanded online presence and regional screenings, prompted by the coronavirus pandemic and concerns over accessibility.

The virtual portion of the festival will feature some 50 online film premieres, many with an introduction and Q&A, as well as talks, roundtables and a new exhibition of immersive art.

Films will premiere online simultaneously and many will include subtitles and audio description.

The festival will also welcome viewers back into film theatres – including the flagship BFI Southbank – following months of closures due to the pandemic.

It will make use of cinemas and venues in London and around the UK, including those in the BFI Film Audience Network, to screen up to 12 exclusive previews.

Winners will be announced in a live online ceremony on the final weekend of the festival.

The announcement comes as cinemas tentatively reopen their doors on July 4 after months of darkened screens.

BFI London Film Festival director Tricia Tuttle said: “Like many other live events around the world, we’ve had to make changes to our plans in response to a global pandemic, factoring in safety concerns and restrictions – some known, some still unclear.

“But as we’ve undergone this planning we’ve also witnessed historical international protests, an urgent reminder of just how much we need to do to combat racism and inequality.

“This year has also given us an opportunity to think creatively about how we make the festival more accessible.

“It was vital to us that we get back to cinemas, and we are looking forward to working with independent and cultural venues across the UK who are such an essential part of our film ecosystem.

“The virtual LFF programmes and these cinema screenings take the festival out across the UK, giving people opportunities to engage in different ways.

“It’s a pleasure each year to speak with audiences who share the ways filmmakers have made them laugh, think, weep, or shifted their way of seeing.

“Through a number of partnerships and platforms, we can’t wait to share many of this year’s extraordinary new films – from around the world, from artists of different backgrounds and with many bold distinctive film-making voices.”