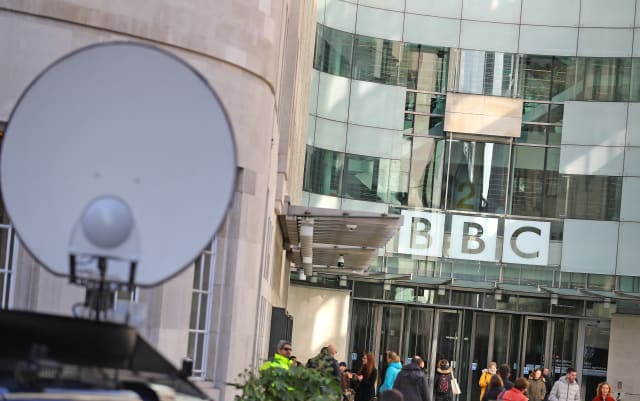 The BBC has announced a shake-up of regional TV news and local radio in England, leading to 450 job cuts.

Inside Out, the regional current affairs magazine show made in 11 different regions, will be axed and replaced with a new investigative journalism programme from six hubs.

A “simplified schedule” introduced on local radio during the pandemic, with single instead of double presenters and a reduction in the number of shows, will become permanent.

The broadcaster said that BBC England – which currently has more than 3,000 staff – must save £25 million by April 2022.

The National Union of Journalists (NUJ) said the cuts – which will affect presenters, journalists, technical and operation staff – “could have a serious impact” on the BBC’s “ability to represent all parts of the country”.

Helen Thomas, director of BBC England, said “difficult decisions” had to be made on local and regional services “created more than 50 years ago”.

She said: “We are in the age of the Facebook community group and the WhatsApp neighbourhood chat. We must adapt to better reflect how people live their lives, how they get their news and what content they want.

“We’re going to modernise our offer to audiences in England by making digital a central part of everything we do.”

Michelle Stanistreet, NUJ general secretary, said: “These are huge cuts which will inevitably have an impact on the BBC’s ability to sustain the breadth and depth of news coverage throughout England which truly reflects the diversity of the nation.

“The Covid-19 crisis has shown more than ever the need for an effective public service broadcaster and for trusted, quality journalism in an era of disinformation and fake news.

“We cannot allow the BBC to sleepwalk into a death by a thousand cuts, which will inevitably see people switch-off because they aren’t getting the service they want.”

The BBC has already announced plans to cut around 450 jobs in BBC News, to take place at a later date.

And last month it said it was axing more than 150 roles in Scotland, Wales and Northern Ireland.

The broadcaster has also launched a programme of voluntary redundancy as it attempts to make £125 million in savings this year – on top of the previous £800 million savings target – due to the pandemic.

Last month, Sir Lenny Henry and Stephen Fry were among the stars who signed a letter to the BBC urging the corporation not to cut regional current affairs programmes.

The BBC said that changes would put “digital storytelling at its core” and it will commission a broader range of TV programming reflecting “life across England especially in the North and Midlands.”

The changes mean weekly current affairs programmes on Inside Out will no longer be made in Plymouth, Southampton, Tunbridge Wells, Nottingham and Salford.

The regional editions of Politics England on Sunday mornings will return in the autumn but undergo a “creative review”.

UK excess deaths during Covid-19 outbreak down by 1,500