Artists sign up for live Proms but physical audience is unlikely 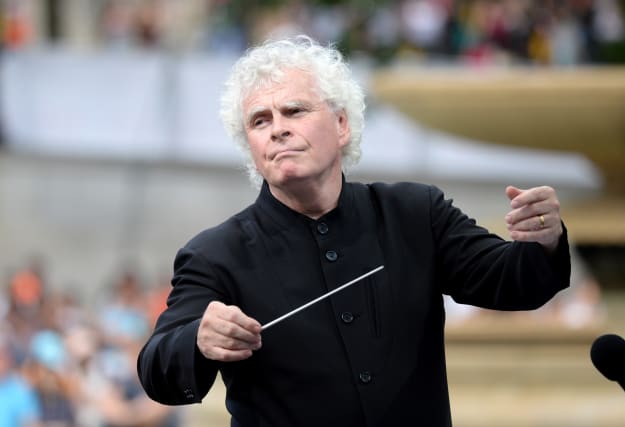 Sir Simon Rattle and Nicola Benedetti will take part in the live Proms – but they are unlikely to have an audience at the Royal Albert Hall.

The BBC Proms are planning a “virtual” opening of the world famous annual event and a final two weeks of live performances.

While artists have now been booked for the festival – social distancing restrictions mean they will probably perform to an empty venue on the Proms’ 125th year.

The two weeks of live performances, to be broadcast on BBC Radio 3, BBC Four and iPlayer, begin on August 28.

BBC Radio 3 and BBC Four will broadcast Proms from the archive over six weeks before the fortnight of live performances.

BBC Proms director David Pickard said: “The 2020 Proms will be a season unlike any other in its 125-year history.

“Music can be a powerful friend in difficult times and Sir Henry Wood’s mission – to bring the best of classical music to the widest possible audience, ‘making its beneficent effect universal’ – is more important now than it has ever been. ”

The Proms will be fronted on TV by Katie Derham, Tom Service, Suzy Klein, Danielle de Niese and Josie d’Arby.

Jan Younghusband, head of music TV commissioning, said: “Working within the confines of what we can do, we really hope the Proms on TV this year will deliver from the archive some of the iconic orchestral concerts of recent years.

“And the live concerts in August at the Royal Albert Hall will, we hope, be a positive start to being able to do more in the future.”

More than 350 musicians will be heard together, during the virtual Proms, in a Beethoven “mash-up” after recording their parts from home.

Its creator, composer Iain Farrington describes the work as “taking Beethoven’s music and putting it in a musical washing machine to see which colours run”.

A number of composers will be asked to write works that respond to the worldwide situation caused by the pandemic, including for the Last Night.

Proms from the archive include the TV broadcast of the Radio 1 Ibiza Prom from 2015, featuring Pete Tong, Jules Buckley and the Heritage Orchestra.

The season will remain online on BBC Sounds and BBC iPlayer for 30 days after the Last Night on September 12. Information can be found at BBC.co.uk/proms