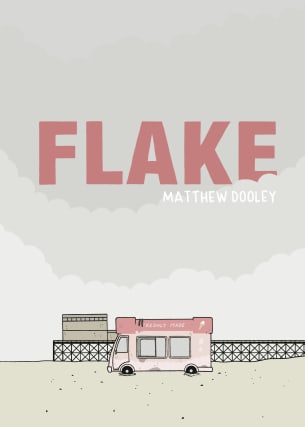 A graphic novel has scooped the UK’s oldest prize for comic fiction.

Flake, by Matthew Dooley, is the first novel in comic-strip format to win the Bollinger Everyman Wodehouse Prize For Comic Fiction in its 20-year history.

A story of ice cream wars and sibling rivalry, it is described by judges as “a rare joy”.

The winner is given a jeroboam of Bollinger and, in more usual times, a pig named after the winning book at the Hay Festival.

Dooley, 35, said: “Flake was published on 2nd April, amidst a huge, bewildering global crisis. It’s been a very strange experience.

“I’m surprised, overwhelmed and elated to have won. Now, how on earth do you chill a bottle of champagne that big…?”

Judge David Campbell, publisher of Everyman’s Library, said: “None of us, I think, expected a graphic novel to win, but we were all captivated by Flake.”

The shortlist featured Nobber by Oisin Fagan, Rules For Visiting by Jessica Francis Kane, Weather by Jenny Offill, 46% Better Than Dave by Alastair Puddick, and House Of Trelawney by Hannah Rothschild.