Elle Macpherson: I wasn’t very kind to myself when I was younger 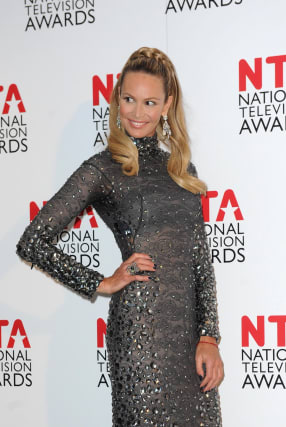 Elle Macpherson has admitted that she was unkind to herself as a young woman and failed to appreciate her body’s “own uniqueness”.

The Australian model and actress, 56, said her body type, which she described as athletic, had not felt fashionable at the time.

Speaking to Red magazine, she said: “Kindness is definitely the new cool.

“I’ve realised it’s important to remember to put yourself in other people’s shoes so you can better appreciate their situation.

“I don’t think I was very kind to myself when I was younger, especially when it came to appreciating my own uniqueness.

“Physically, I was broad shouldered, athletic – not a very fashionable body type in the industry at the time.

“It took me several years before I was able to fully embrace my individuality, be kinder to myself, and then take command of my business and wellness journey. I’m still working on it.”

Speaking about her wellness, she added: “I used to think I was healthy because I could survive on three hours’ sleep and snack on coffee.

“In people’s eyes, I suspect I still looked great, but I didn’t feel great. That was demoralising. I didn’t have a sense of vitality. I felt unlike myself, sort of fragmented.”

Macpherson, who rose to fame in the 1980s appearing in magazines such as Sports Illustrated and Playboy, said she was not worried about ageing.

She said: ‘I’m not concerned about ageing.

“I don’t feel the pressure to look a certain way any more – I’m much more interested in my wellbeing.

“I believe real beauty is soul deep, not skin deep. It’s a way of being, a way of living.

“Wellness enables people to exude confidence, strength and charisma, to radiate natural vitality, no matter what their age. It’s this inner vitality that people find attractive.

“Without ageing, I could never have the gift of being a mother to two grown young men.

“It’s wonderful. Our relationship has evolved as they’ve grown.

“They’re very attuned on many levels and I learn a lot from them.

“Just yesterday, Flynn and I discussed space travel and I was astounded how much he knew and shared with me.”

Read the full interview in the August issue of Red, on sale now.