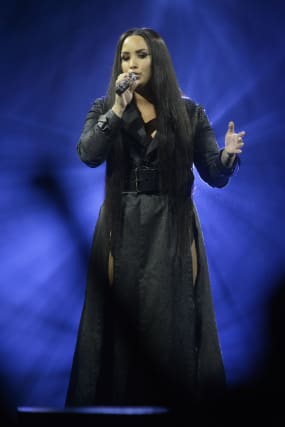 Pop singer Demi Lovato has paid tribute to her grandfather and said it “hurts” the family will not be able to hold a “proper funeral” amid the pandemic.

The star, 27, announced on Instagram that Perry, a preacher, died on Wednesday following a long illness. She did not disclose his age.

Alongside pictures of her grandfather at different stages of his life, Lovato said: “He’s been sick for a couple years now so although I’m relieved he is out of pain, it still hurts to think our family won’t get to say goodbye with a proper funeral for a while.

“But that’s the reality during this pandemic.”

Former Disney Channel star Lovato said her grandfather “loved God FIERCELY” and described him as “one of the best preacher’s I’ve ever had the honour in witnessing spread the word of God”.

She added: “I love you Grandpa. I’m sorry we didn’t take more pictures together but I have so many memories to make me smile until we meet again someday. Rest easy. Love you.”

Lovato’s mother, Dianna De La Garza, was among those to comment on the post, writing: “Our memories with him are better than pictures. #RIP Chief.”

Lovato, whose hit songs include I Love Me, Heart Attack and Sorry Not Sorry, is currently in a relationship with the actor Max Ehrich.

The new couple have been updating fans on their romance throughout quarantine.