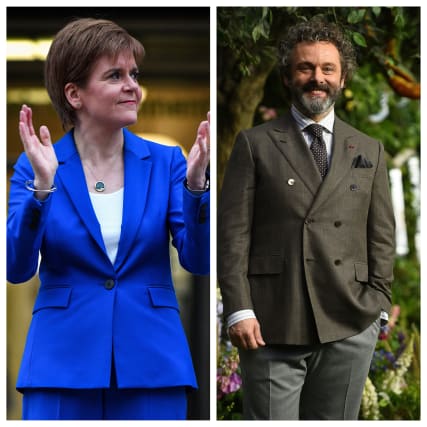 Scotland’s First Minister and Hollywood actor Michael Sheen will kick off Homeless World Cup Day with a virtual panel where they will talk about bringing together leadership to put an end to rough homelessness.

Hosted by Mel Young MBE, who founded the charity, Sunday’s panel will be the first of three sessions debating solutions to the issue of global homelessness and the role of social entrepreneurs.

The sessions will be delivered in partnership with the Schwab Foundation and Catalyst 2030.

Nicola Sturgeon said: “Even though this year’s tournament can’t take place I am pleased that discussions around how we can work together to end homelessness will continue regardless.

“The Homeless World Cup demonstrates the power of sport to bring people together and change lives for the better, something which I saw for myself first-hand when the tournament was held in Glasgow in 2016. The positive effect it had on the players’ lives and the inspiration they took from it was hard to miss.”

Ms Sturgeon added: “Everyone deserves a warm, safe home that meets their needs, and although people facing homelessness in Scotland already have some of the strongest rights in the world we know we have more to do.

“I look forward to what I’m sure will be an interesting and insightful discussion about solutions to tackling homelessness not just at home here in Scotland but around the world.”

Sheen said it had been an honour bringing the Homeless World Cup to Wales last year.

He added: “It really can be a transformational experience for some of the most marginalised and excluded people in the world.

“I’m delighted to be involved in these HWC Day discussions and committed to looking for effective ways to tackle issues around homelessness and social exclusion.”

Homeless World Cup Day aims to highlight the work of the organisation and its partners as it continues with its mission to combat homelessness through football.

Combining creative talent and various digital media, the event will start at 1pm with a showcase of players’ stories and virtual events people around the world can participate in.

Mr Young said: “It is wonderful to welcome the First Minister of Scotland, Nicola Sturgeon and Michael Sheen to this session. Both have seen the Homeless World Cup first-hand when it was held in past years in Glasgow and Cardiff and witnessed the power football has to change lives.

“The First Minister and Michael Sheen are committed to trying to end homelessness in their own way and I look forward to a positive and constructive discussion about how we can work towards ending homelessness throughout the world.

“At the same time, we will celebrate the success of the Homeless World Cup over the years and salute the efforts of people experiencing homelessness across the globe who are trying to change their lives.”