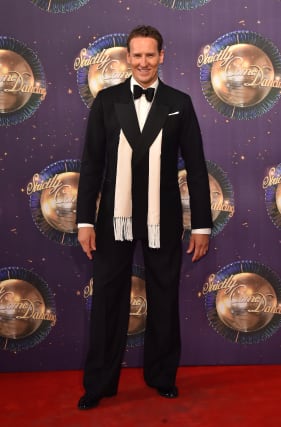 Brendan Cole has admitted he has struggled with home-schooling his two young children and said “we haven’t done nearly enough”.

The former Strictly Come Dancing star has a seven-year-old daughter, Aurelia, and two-year-old son, Dante, with his wife, Zoe.

He told Hello! magazine: “It started out well, with me doing the maths and Zoe the reading.

“But we haven’t done nearly enough. This has been a special time in our lives, though. I’ve been busy for the last decade, but this moment has given us the chance to bond as a family.

“Above all, I’m making the most of time with my family. I have a lovely wife and children, and a lovely life. I couldn’t wish for more.”

The couple are marking their 10-year wedding anniversary and Cole said: “I can hardly believe we’re a decade down the track.

“A lot has changed since and, whenever we look at our two children, Zoe and I feel so lucky.”

The couple married in the English countryside but Zoe said she would now like to renew their vows in Majorca, where they have a second home.

She said: “It would be lovely to have the new friends we’ve met since we got married watch us make our vows again. After all, Brendan has told me ‘I’d marry you again in a heartbeat’.”

Cole, who left Strictly in 2018 after 14 years, said he still watches the show and remains in touch with the other professional dancers.

“We spent a lot of time together and I consider them to be good friends,” he said.

“We all keep in touch through social media. The show will always be a massive part of who I am.

“I hope that, for the rest of my life, people will know that this is where it began for me, that I was one of the dancers who started Strictly from the beginning and helped its course.

“To know that I’ve been part of people’s lives for so long is amazing. I’ll always be very proud of that. But I’m very happy to have moved on.”

– The full interview is in Hello! magazine, out now.