Becky Hill launches podcast about the ‘golden era of rave’ 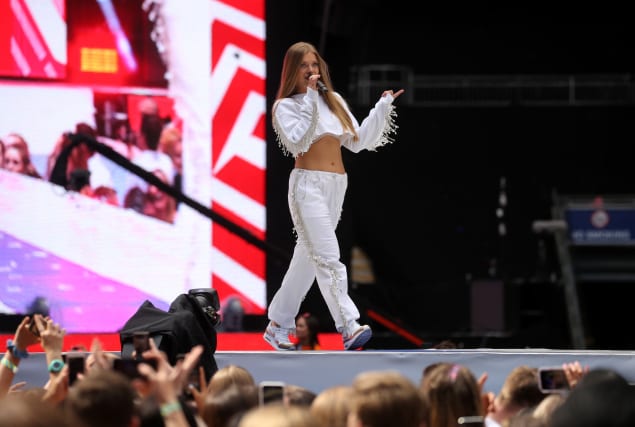 Becky Hill hopes to recapture the “golden era” of dance music and rave culture on her new podcast.

The Wish You Well singer, 26, will discuss her own experiences and interview established artists and DJs including Pete Tong, Groove Armada and Sister Bliss from Faithless.

Each guest will bring three records that inspired them, while Hill will bring a record of theirs that played a part in her musical evolution.

Explaining why she decided to launch the podcast, she said: “From a very young age my big brother got me into dance music, and growing up I always envied him for going to clubs like the Custard Factory and Air in Birmingham to rave.

“He’d tell me these stories of the atmosphere and spoke of this almost family-like vibe that was present at each rave.

“When I started raving at 18 I felt like there was something missing.

“This was felt further when I went to Ibiza for the first time – it was like something amazing had been there, but it had been replaced by people who wanted to rave for Instagram rather than the music.

“I think I’d heard so many ‘golden era of rave’ stories that I started to feel like I had missed out.

“So I thought I’d find out for myself and educate my generation on how rave has changed over the last 30 years, and how the creation of music and discovery of music had changed too.”

The first episode will feature Hill talking with drum and bass producer DJ Zinc, who will discuss pirate radio and fatherhood.

It comes following the release of her single Heaven On My Mind.

“Heaven On My Mind helped me through lockdown massively,” she said.

“The lyrics speak of hope and light at the end of the tunnel, and gave me a boost in my dark days.

“I was really excited for people to hear it and potentially share that feeling of hope with me in such weird times.

“I hope Heaven On My Mind is seen as a bit of escapism, and a song that can transport you to a much happier place, especially with all the sunshine we’re having.”

The Art Of Rave is available fortnightly from Monday July 6.