Sir Michael Palin: Talent is wasted as theatres are closed 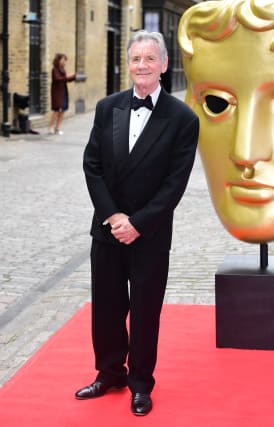 Sir Michael Palin has said it is vital the talents of the UK arts industry are not squandered while theatres around the country are closed.

The Monty Python star said West End theatre is the envy of the world and the people who make that possible must not be allowed to disappear.

He told ITV’s This Morning: “Theatre is one of those things that unless we really get on top of coronavirus, unless there are sufficient precautions, for people to go in and take their places, for actors to move around the stage, touch each other, all that sort of thing you have to do. Unless we can ensure they can do this safely, there won’t be any theatres opening for a long time.

“You can’t have a quarter-open theatre with people sitting a metre or two metres apart.

“There will be various stages at which theatres reopen and I think people just have to be ready.

“We mustn’t lose all the skills and all the talents that are working in theatre at the moment: music, writers, actors. We mustn’t let them just disappear because it’s a huge industry and one for which we are envied throughout the world, I think our West End theatre is probably the envy of the world.”

Sir Michael will be starring opposite Robert Lindsay and Joanna Lumley in a shortened performance of Waiting For Godot by Samuel Beckett on Zoom, to raise money for The Royal Theatrical Fund.

He said: “You can’t really do Godot justice without seeing the bottom half of the body so it’s a very strange way of doing it.

“We can’t really do it in full costume and we are not pretending we are on stage, I think people will see through that.

“The Beckett estate, who very generously allowed us to do this, said they prefer us to do it as we are at this stage, on Zoom in our own homes, as that’s the way we communicate nowadays, so I’m hoping my study will look like a blasted heath with one tree on it.”

Why you should avoid DIY Dentistry