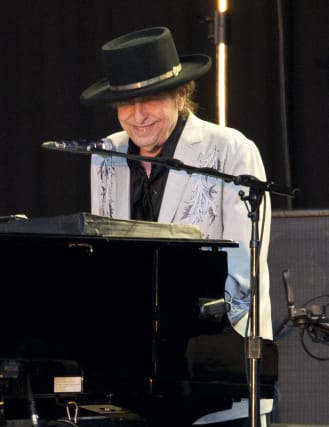 Bob Dylan has scored his ninth number one album with Rough And Rowdy Ways – breaking two chart records in the process.

The revered singer-songwriter’s 39th album reached the top with 34,000 chart sales, including 29,000 purchased on CD, beating Neil Young’s album Homegrown which was at number two.

It places the chameleonic performer alongside Abba and Queen, who also both secured nine number one albums in the UK, according to the Official Charts Company.

At 79 years and one month, Dylan surpasses Paul Simon, who was 74 years and eight months when he topped the charts with Stranger To Stranger in 2016.

The Forces’ Sweetheart was 92 when she hit the top spot in 2009 with her greatest hits collection We’ll Meet Again – The Very Best Of.

Her compilation album 100 re-enters the chart at number 19, following her death last week at the age of 103.

Lady Gaga is at number three with Chromatica, Lewis Capaldi is at number four with Divinely Uninspired To A Hellish Extent, and Harry Styles is at five with Fine Line.

On the singles chart, Rockstar by DaBaby, featuring Roddy Ricch, enjoys its sixth non-consecutive week at the top, boosted by a Black Lives Matter remix featuring a new verse about police brutality.