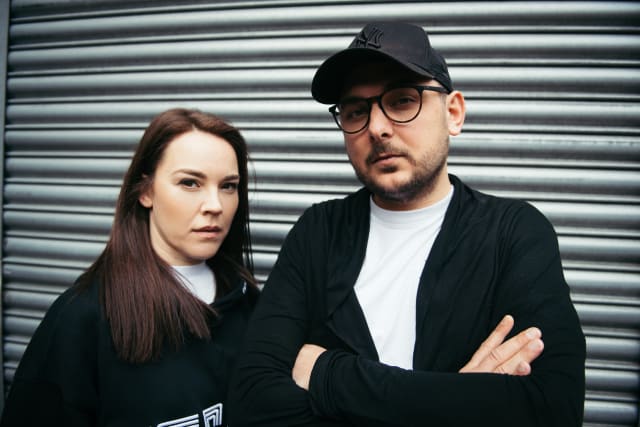 The creative team behind Stormzy’s acclaimed headline set at Glastonbury 2019 have said the show “resonates more than ever” on its first anniversary.

This weekend, the Somerset music festival would have celebrated its 50th anniversary – but it was called off due to coronavirus.

Chris “Bronski” Jablonski and Amber Rimell, creative directors at Tawbox, have been working on Stormzy’s stage shows for around five years, and helped craft his politically-charged set, which incorporated ballet, hip-hop dancers and a full gospel choir.

Bronski said the show “stood up” in the current climate, referring to the Black Lives Matter movement and anti-racism protests around the world.

He told the PA new agency: “We celebrated black British culture to an audience that were very receiving, but also a vast audience at home on television of which some wouldn’t have necessary known too much of Stormzy.

“And there would have also been a huge black community that would have been rooting for Stormzy.

“I feel like we achieved a performance that has really stood up, especially in the current climate. It was just an incredible show of black British culture.”

He added: “It was a very relevant and current snapshot of black British culture at that time and it still resonates today.

“It had theatre to it and it had a superstar delivering it.”

Stormzy’s performance will be shown during the BBC’s replacement coverage, alongside classic sets from acts including Adele, Coldplay and David Bowie.

Rimell said: “We have always been passionate about black British culture and celebrating it.

“Yes, it is different now because of the current climate, as in lots more people have become more aware of what is going on, and I think hopefully, when it is shown on the BBC this weekend, more and more people can celebrate it.”

There were also appearances from Ballet Black, a professional ballet company for dancers of black and Asian descent, and 11-year-old hip hop dancer Princess K.

Speaking about the importance of sharing the stage, Bronski said: “From the very first meeting with Stormzy, there was a mutual agreement between all of us that the heritage and prestige Glastonbury and a headline slot on the Pyramid Stage was something that had to form a foundation to the performance, in terms of its spiritual nature.

“From the very early discussion, we were talking about how we could share the stage and pay tribute to other incredible black artists who had helped open doors before Stormzy.

“At the same time, that was a huge part of this – opening doors. Stormzy was super-insistent that was something we had within the show.

“Ultimately, the element of celebrating British black culture was the second major foundation as a whole.”

Tawbox worked with Stormzy on his 2017 Glastonbury show, which prompted organiser Emily Eavis to earmark him as a potential future headliner.

Among their other projects are the Pussycat Dolls’ recent comeback performance on the X Factor, Rita Ora’s Phoenix arena tour, and Dave’s Psychodrama tour.

The team were inspired by Quentin Tarantino’s cinematic style to “flip” the performance from traditional grime show to multimedia performance.

“The first five songs in the set we were trying to trick the audience,” Bronski said.

“’Oh, this is what you were expecting – a rapper on stage on his own, a grime show.’

“And then we did the Tarantino flip and bring Ballet Black in, so already we are broadening the culture.”

Rimell added: “I’m glad people dissected it. That’s what it was there for.”

Sir Paul McCartney, Taylor Swift and Kendrick Lamar were all due to headline the Pyramid Stage this weekend.