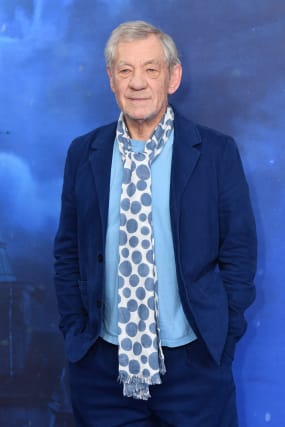 Sir Ian McKellen will star in an age-blind interpretation of Hamlet – beginning rehearsals next week.

As theatre bosses across the country warn they face “devastation” amid the pandemic, the 81-year-old actor is preparing to tread the boards.

The performance is billed as the first major, new live, theatre production to start rehearsals in the UK since auditoriums went dark in March.

The Lord Of The Rings actor said he was happy to be working again, in the role of the young prince he first played nearly 50 years ago.

With live performances currently banned in theatres, it is not known exactly when the new production will open, at Theatre Royal Windsor.

Hamlet will be directed by Sean Mathias, who previously worked with Sir Ian on Waiting For Godot and No Man’s Land, and produced by Bill Kenwright.

The announcement comes as theatres across the country call for Government help, saying they face ruin.

Sir Ian said: “I feel lucky to be working again, thanks to Bill Kenwright’s inspiring optimism and Sean Mathias’s invitation to re-examine Hamlet, 50 years on from my first go.

“So now we will meet again. Don’t know when but do know where – Theatre Royal Windsor!”

Rehearsals will start with strict measures in place, including social distancing, screening, hygiene, and use of personal protective equipment.

If the show “cannot yet go on, rehearsals will,” producers said.

Kenwright, who is also the chairman of Everton Football Club, said: “Sean, Ian and myself have been planning this season for some time now, and the truth is I couldn’t bear to see it slip away.

“So a lot of more planning, a great deal of determination (and I must admit some of the things I learned prior to the return of football) has got us to the place where all things theatrical start.”

The producer, who has hundreds of productions to his name, said: “Nothing is more important than this country’s (and indeed the world’s) health and safety, so we are not ready to announce an opening night yet – but I’m a great believer in making a start if a start is possible, and in this instance it is.

“I’m hopeful we will be enjoying a Windsor season in the forthcoming months.”

Mathias, artistic director at Theatre Royal Windsor, said: “The disappointment at being halted by Covid-19 has now been replaced with encouraging signs that we can at least start to work on these beautiful plays with an exceptional company.

“We walk a tightrope through the forest whilst we await news of when we may actually perform in front of a live audience, but it will be invigorating to leave the house and get into a rehearsal room and be a part of British theatre returning to the boards.”

Sir Ian made his debut at Theatre Royal Windsor last year in his acclaimed solo show.