Queen releasing ‘lockumentary’ about tech team behind their global tour 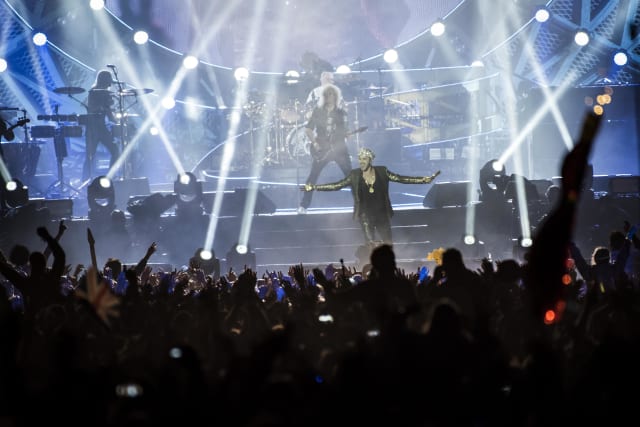 Fans will be offered a glimpse into the world of the roadies working behind the scenes to ensure Queen and Adam Lambert’s touring stage show runs smoothly each night.

The rock group’s technical team are the focus of a new mini-series on YouTube, recorded during lockdown after coronavirus forced the band to postpone a string of dates.

Tour video director Steve Price, who has worked with the band since 2014, created the “lockumentary”, titled Roadies In Lockdown, as a way to keep busy while off the road.

The episodes will feature live footage shot before the pandemic, as well as interviews with bass technician Jez Webb, and show stage manager Andy Bews.

Guitarist Brian May, drummer Roger Taylor and vocalist Lambert – who performs with the rock group as their lead singer – will feature in footage shot across the globe in recent years.

Bew stars in the first episode which debuts on June 26, giving an insight into touring life and recalling soundchecks in Australia, South Korea and Japan.

He says: “One thing I love about touring with Queen is that they are still so passionate about their music – all music really – but they still love coming to soundcheck and they still love playing their songs.

“It’s so interesting to, I wouldn’t say be a part of it, but be in the vicinity when that is happening.”

The pair will catch up on video call during lockdown.

May has been holding what he calls “Micro Concertos” on Instagram for his fans during lockdown, and the group have been taking part in improvisational jam sessions over video call.

In May, they released an updated version of We Are The Champions to honour the “brave warriors” working on the front line of the coronavirus pandemic.

Recorded virtually between the UK and Los Angeles, the band adjusted the main lyric to “you are the champions” in reference to the world’s healthcare workers.