Miranda Hart: It would be short-sighted to abandon smaller films after pandemic 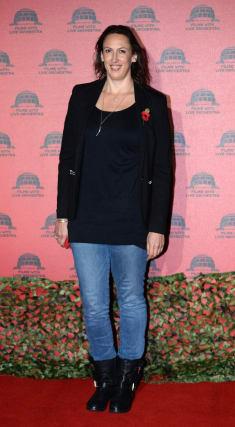 Miranda Hart has spoken about the “vital” nature of the arts and said it would be “short-sighted” if smaller films are abandoned in the wake of the coronavirus pandemic in favour of blockbusters.

The actress recently appeared in a big screen retelling of the Jane Austen classic Emma and said she was proud that it held its own in the face of bigger box office propositions.

She told the PA news agency: “It’s so romantic and loving and escapist and gentle and sunny and it’s all what we need right now so it feels like a lovely kind of film that really made a splash cinematically against all the big franchise movies.

“It’s so difficult for smaller independent films like Emma, particularly remakes, to make any headway because the focus is big Marvel movies and massive star casts.”

Discussing the importance of support for the industry, she said: “The arts are vital. Without creativity, anything else collapses. There isn’t the balance, and creativity is beauty and wonder and presence and all the essential things.”

She added: “I just really hope that the studios continue to make smaller films as well, those family films, those romantic films, those gentler films that are so important and speak to so many people, and have a real longevity I think.

“They are ones that you can re-watch and re-watch, that you don’t necessarily do with a big blockbuster, unless it’s Die Hard, which you re-watch, or Raiders Of The Lost Ark, but the depth of story and the depth of characterisation in what we would call an independent movie is so important.

“I think most of the studios do have that arm as well, but god I hope (they survive). It always seems too short-sighted to me, because I think we have to have a balance of everything.”

Referring to the success of her hit BBC sitcom Miranda, she said huge success can come from the most unlikely of places.

She said: “No-one would have thought that a woman in her late 30s galloping would have been a massive hit with teenagers.

“They were desperately looking for a show that spoke to a younger audience and I don’t think you can plan that. I think you just have to encourage creatives to write their vision.”

Emma is available on Blu-ray and DVD from Universal Pictures Home Entertainment.