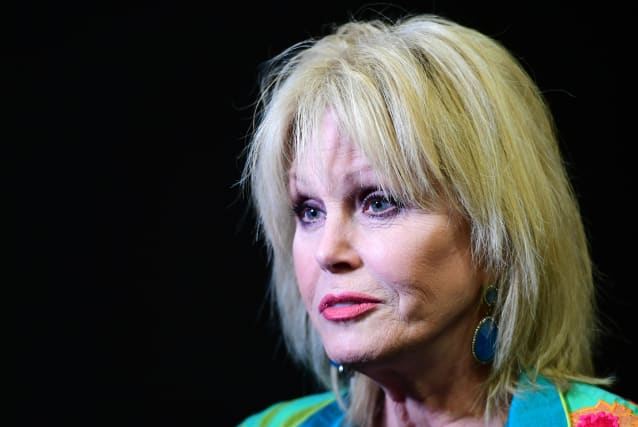 Joanna Lumley has said the theatre industry industry has hit “rock bottom” amid ongoing uncertainty caused by the coronavirus pandemic.

The actress told ITV’s Loose Women that the sector does not have “a chance of looking into the future”.

Her comments come following an announcement by the Prime Minister that while lockdown restrictions are set to be eased for businesses such as pubs and restaurants, live performances at concert halls and theatres will continue to be banned.

Lumley said: “It’s so much (at) rock bottom, I can’t tell you… Because practically everyone in our profession – that goes not only for actors but musicians and dancers and chorus people and people who work in theatres – are kind of freelancers, and if you are not employed, you are just not employed.”

She added: “Theatres don’t look as if they are going to open until next year and will they ever be the same if we are not allowed to be all jostled in with crowds, shouting, clapping or sitting in dead silence?”

Live events such as theatre performances and sport matches rely on having “human beings crushed together”, Lumey said.

“That is how we love it, we are pack animals.”

While the rest of society begins to return to some sort of normality “it won’t be the same for actors and theatre people”, she added.

Lumley, 74, said that later this week she is set to narrate an online charity performance of the play Waiting For Godot for the Royal Theatrical Fund.

“It is really to help people who are going to be out of work for goodness knows how long and whose futures look really, really shaky,” the Absolutely Fabulous star said.

On Tuesday James Graham, who wrote Ink, This House and The Vote, as well as TV dramas Quiz and Brexit, warned that the UK’s cultural landscape is “in collapse”.

Addressing the plight of the Theatre Royal Plymouth, which started redundancy consultations on Monday following a plunge in revenues, he wrote on Twitter: “That’s one of the largest, most well-attended theatres outside London.

“A theatre that now has no artists, and they won’t be coming back. Our world-beating cultural landscape is in collapse.”